BIG day here in Whistler everyone… BOOM, back on the bike after the rest day and ready to smash some berms and head into new territory, as promised, today was Garbanzo time! Not to be confused with the third wheel muppet that wanted to smash Miss Piggy, Garbanzo is where shit gets real, really fast… Its Gnar, epic, massif, insane, massive, ripping and any other teenage word you want to throw at the fucker.

The park is divided into two sections – The Fitzsimmons Zone (the lower half of the mountain) and the Garbanzo zone, the top half of the land of shred. Here is the gate way to shityourpantsville:

This way if you have the balls…

Lets examine the fine print shall we? Pays to get some transparency prior to graduation:

Ok then… so its big… I knew what was in store and its taken a few days to build a base before heading up there… Why so different? Well, its BIG mountain up there and most if not all the tracks are Black runs and generally have a steeper gradient, lots of super hard stuff and this is the place in Whistler that essentially contains all the trails and lines that will test ANYONE in the MTB community, you can go as big as you want up here… Case in point:

Yes, someone actually appears to have hit this shit…

The drops are big, the jumps are big and the run ins are fast… The berms are also BIG and come in groups of 3 or 4 at high speed that make you commit and just hold on. Apparently being terrified is fun…

The other upside of heading up the second lift to the top? Low traffic… usually you get a chairlift to yourself, which is great as I finally get to put the lift bar down! Yes, odd, I know… but for 95% of the lifts you catch no one wants to put the safety bar down… As a result I find myself clutching the seat the whole way up and in most instances the chairlift component is more nerve wracking than the DH runs. There seems to be an etiquette that says its too cool to put the bar down… Even parents with kids don’t do it FFS! Yes, get me a saucer of warm milk please while I clean my tail.

Anyway… My first run down Blue Velvet was fucking dreadful… In fact so bad the Mojo alarm was sounding and I was wondering what the fuck was going on… Had I lost the plot (baseline assumption I had it to start with), was I rusty after the rest day? Or was I now a small house cat as a result of a spell put on me by an uncle? Could Garbanzo have mind fucked me on one run? Shall I stick to the lower slopes… Not one to capitulate unless there is a bayonet in my ribcage and I am out of grenades, I decided to head back up for more, reminding myself I had never ridden the lower section of Blue Velvet before and needed to relax.

I hit it again… and again… and again… I hit the Technical Black run Original Sin and smoked it… I was turning into a fucking carving and shredding monster with tiny arms! Sure, I was as consistent as dog shit, but when I was smoking sections I was pinning the fuck out of them… To the point that it made my eyes water (behind my goggles), my brain melt (the part that is responsible for PowerPoint presentations that I don’t need anymore) and on a few occasions I even involuntarily cried out one of the following:

“Fuck yeah!” or “That was beautiful”

Sure, my jumping still isn’t where it should be, but once I was hitting either the top of Original Sin or the lower sections of Blue Velvet I was like a small dog on heat that never got trained as a puppy and I was shredding everything in sight.

I did learn two things however from this session of epicness:

Which brings us to a good point… Last time I came here I consulted the Panther (Ironman legend and Tin smasher since primary school) and underwent a programme that resulted in me obtain coiled steel arms and core… Alas this time I was lazy and cocky of my TP form and thought I could wing it: The mountain can smell weakness and will punish you… Don’t come here without spending some devoted time in the tin factory. Jesse’s view?

Another upside of Garbanzo? The views… I shall stop foaming at the mouth for a moment while we enjoy the serenity:

If I drop my phone here looking backwards I’m fucked

After watching some massively crazy French dude do a huge rock face drop in that made my brain seize with the sheer balls needed to do it (I got it on Go Pro, video to come), I decided it was time for my first summit to cafe run… This means all the way down both zones to the bottom… What does this mean? Some stats for you gang:

Fair to say that by the time I rolled into the cafe I was blown to pieces and ready to snack down… But I was still pumped for more, so hit Garbanzo all afternoon and even threw in another arm destroying top to bottom run. I had to call it a day when I was viciously attacked by a couple of bears: 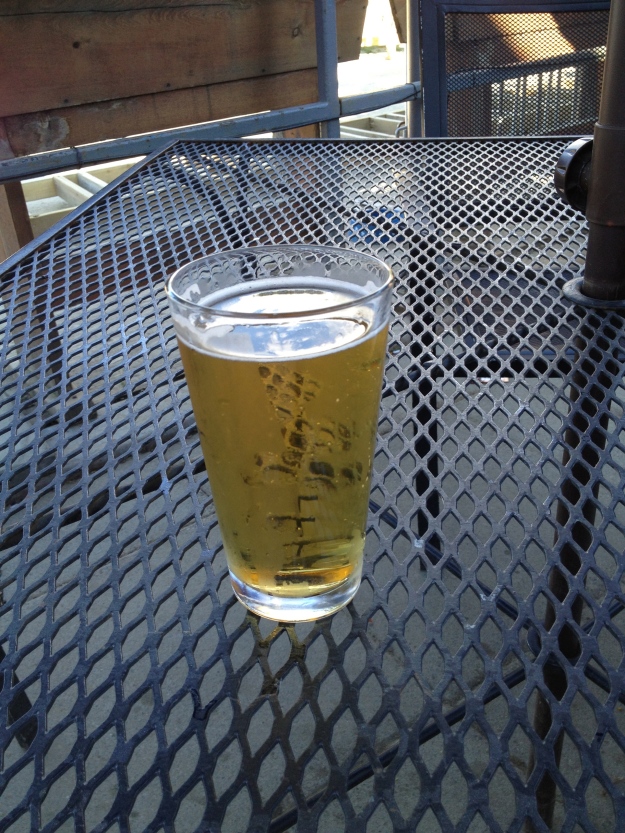 Was today rad? Fucking Affirmative it was… I am still inconsistent, but when I am ON, its feeling very good and I don’t think I could be travelling much faster… Yes, jumping needs to improve, but when I did hit the Fitzsimmons zone in the arvo I was smashing it with ease, so we can only continue to improve. To the awards:

Track of the day – No question it goes to Blue Velvet, specifically the lower (new) section… I have never ridden such an awesome trail in terms of all the hit lines making sense and lining up perfectly… Every jump, berm, straight and drop in makes perfect sense and begs you to push harder and harder. The final section in particular is a work of fucking art, mainly as you would need to have some serious vision and would have had to of worked in harmony with Mom Nature to make something so sublime… Its stiffy inducing good and anyone who likes riding an MTB downhill needs to ride this piece of trail perfection. Special mention also needs to go to Upper Original Sin, working hard and getting rewarded with some rad tech riding.

Celebrity watch – Ah, Mr Shandro again… Leading the Summer Gravity Camp… lucky mofo’s, a week guided in Whistler by him and Cam McCaul learning how to ride well… Its on the list now.

To finish today? How about this guy turning it up for the crowd… Armour is optional:

I tried to insert the video of this, but was technically inept, to watch hit my Instagram account… For tomorrow? I am renting a large V10 carbon again and taking it to Garbonzo, will be good to see how it handles!