Damn… The last day in Queenstown before heading back up to CharChar and Craigieburn, whilst the riding was continuing, today we were to bid farewell to what I think may be the best place on the planet. Certainly the first view today that made me go ‘Fuck’ would go a long way to reinforcing such an accusation:

Its going to be another hard day…

I know that the DN blog is fast resembling a Flicker account with a serious imbalance between words and pictures, but I am flogged and you have waining attention spans, so I figure that its a mutually beneficial arrangement at the moment. Today will be more of the same, but with good reason!

I’ll be honest, after 3 BIG days I was feeling rather fingered today, especially after yesterday’s 14 runs of pure awesomeness. So, I was in agreement with the M&M show (not to be confused with Eminem) that we headed out to explore Seven Mile (not to be confused with a movie about trailer trash), another little location out of town with some sweet trail action. It wasn’t going to be as Gnar/Rad as the previous two days, but we also had limited time and in case I needed it, Mad Markus had a back up plan for dessert… As such, it was off for some trail action with Multigirl: 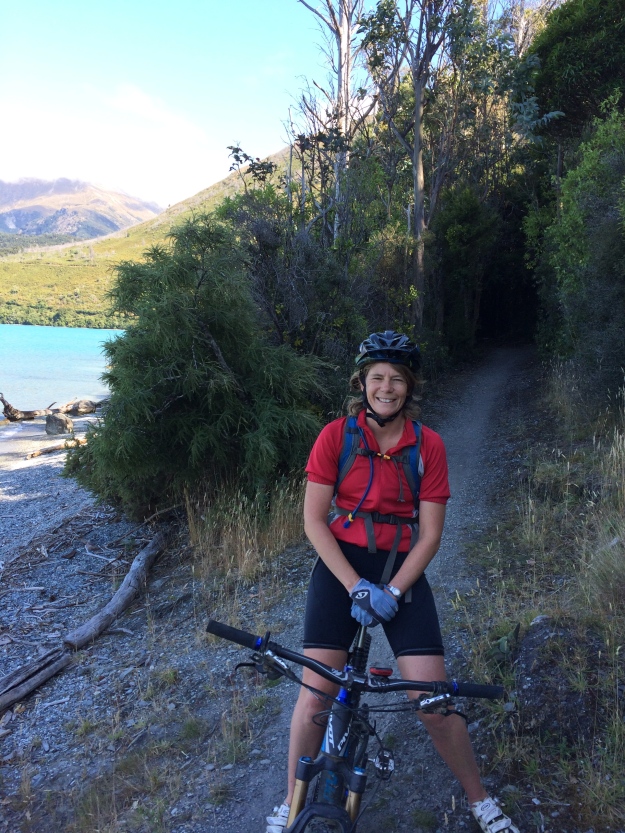 Smiling because it smells suspiciously like a bit of XC action…

Seven Mile is a purpose built MTB trail network set up by those fabulous people that are the Queenstown MTB club. If ever there was a club that deserves copious amounts of Government funding, this would be them… John Key, it’s election year bro and given those other cunts are into vote buying lolly scrambles, might I suggest you pipe some money the club’s way to allow them to pump out golden trail and suck in rabid MTB tourists to embrace the goodness (is this the only political commentary ever on DN?!). As per usual, I outsourced navigation to anyone but me…

“So… Is that one left? Or is that one the one over there? Hmmmm…”

Whilst there was no Gondola today, or shuttling, or Rude Rock, this is an excellent little park and they have done a great job with the terrain and elevation on hand. Its more of that sweet pine forest slalom and flow action and as per the theme of this trip, as dry as a weetbix sandwich… With no milk obviously:

It just feels so good… Even when rather jaded

There is plenty to occupy oneself here, including wooden stuff, which I am always circumspect on, but this is high fun and lower risk than usual stuff, but there is still plenty of the latter type to make you go hmmmmm if needs be: 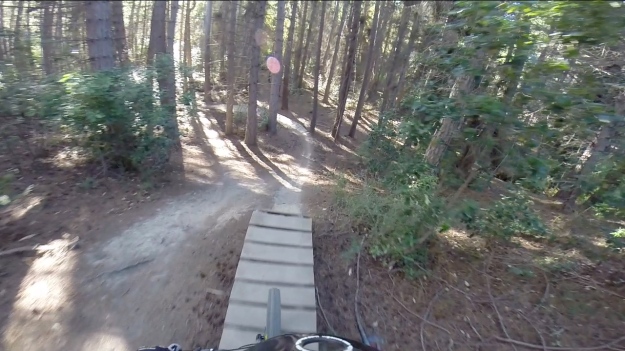 At last I get to be in front for a change…

Whilst I was feeling a bit hung over from those 3 beers and a massive day on the trails, qTown had busted out another slap your face around stunner and I had no choice but to indulge in some more “lose your friends if you put this on Instagram” photo shooting action:

Have fun at work tomorrow everyone!

Back to the sweet single track and we hit what I thought was one of the good ones in Seven Mile, Gravitron also happened to have the best name and was a tight little run with plenty of berm action and one of those scenarios where it begs you to go faster, but then runs you quite close to trees to get the best out of it:

Even mGirl was getting into the Gravitron action, smash it girl:

“You’re standing on the fucking line!!!!”

Its set up into multiple zones, but is pretty easy to traverse and navigate around to explore all the trails and have some fun with decent variety and enough to keep the whole crew happy:

Give me MORE… Love this shit

It wasn’t a long ride at Seven Mile, but it was a blast of a session and more importantly, its pegged out in my brain for a return visit, so recon mission completed. My recommendation is that if you flew straight into Queenstown from overseas and wanted a good place to warm up and blow out the jet lag before hitting the high risk stuff, then head out here to play yourself in and enjoy some excellent single track love. Pleasingly, that pesky light cloud had finally burned off giving us the day we expected:

With the morning session in the bank, it was pretty much time to roll regrettably… But wait… No… Mad Markus had a plan to squeeze in a final session of Gnar Radness to cap things off before we left town. Head to the Remarkables:

Yes, we had heard about some DH runs that were easy to shuttle off the Remarkables ski access road, so off we went to locate them. Markus only needs one or two vague data points to locate shit Green Beret style and it didn’t take him long to track down the rumoured trails. While he confirmed, I climbed up on fences and helped out by taking scenery photos to further make people hate me:

It was a stark contrast from the chilled morning by the bay… This place was foreboding to say the least, where hobbits go to die: 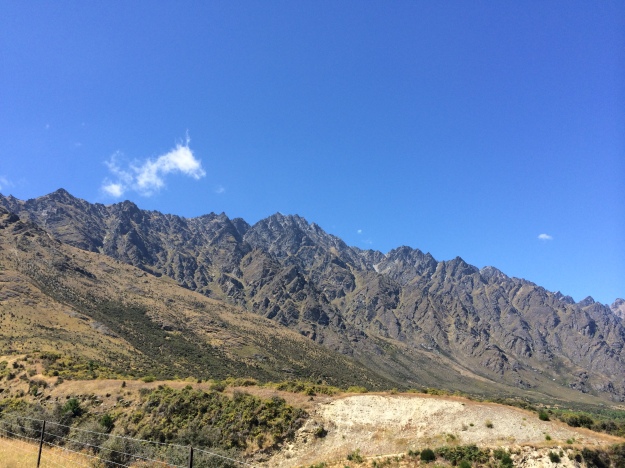 Lets drop in off the top!

Not only did we have mGirl shuttling us, but she also doubled up as the Dirty Photo crew, snapping a rare sighting off both Nomad’s in action on the top section as we dropped in to explore the runs: 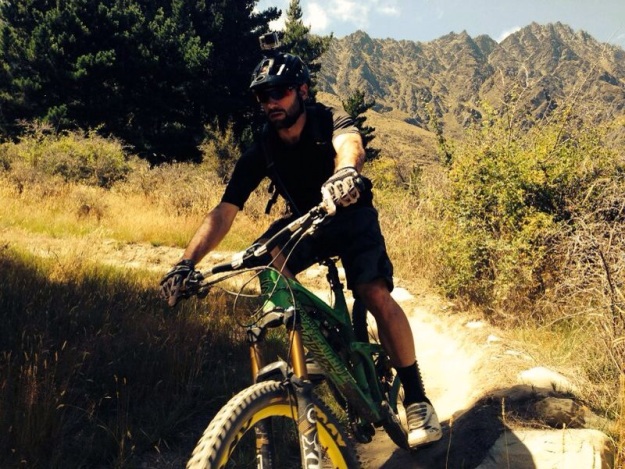 I’m trying to work out how Markus can be gone already….

Extra kudos, here is the view looking right back at ya Multigirl… EPIC respect for getting out there in your Dirty Nomad T Shirt whilst on photo detail! Bang: 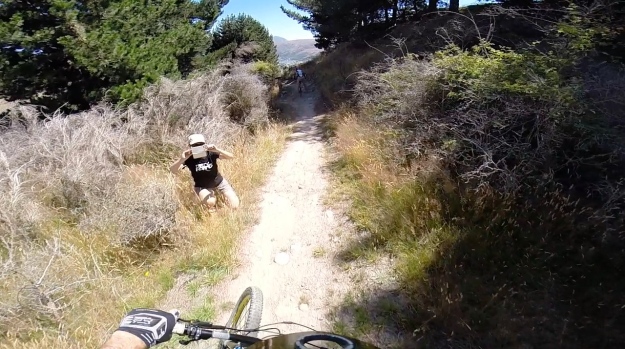 Dirty fun for the whole family!

This track was a different set up completely… As you’d expect. It was two runs that split at the start, but then both had the same ending. Given the scenery and my tired T Rex arms, I was too busy staring off into the distance whilst Markus got busy dropping the hammer:

This thing was rocky… Like, jack hammer rocky and fast… Lift the front wheel and hope for the best kind of fast to be honest. All I can say is thank fuck for having upgraded suspension and the awesomeness of the Santa Cruz Nomad Carbon:

There was a lot of this type of stuff all the way down… I worked out it was best to just keep on it, lift slightly and hope like fuck that all these rock piles were the same, for the most part it worked:

But my tactic didn’t always work out, especially when faced with a gap jump that even made Markus stop and go FUCK, clearly it was designed to kill trail riders and or their carbon bikes. Or when presented with rather large rocks:

Again we were lucky enough to have multgirl at the bottom of the run to snap a few shots, a good contrast of form here with Mad Markus getting an excellent attack position going as he pins it to flat: 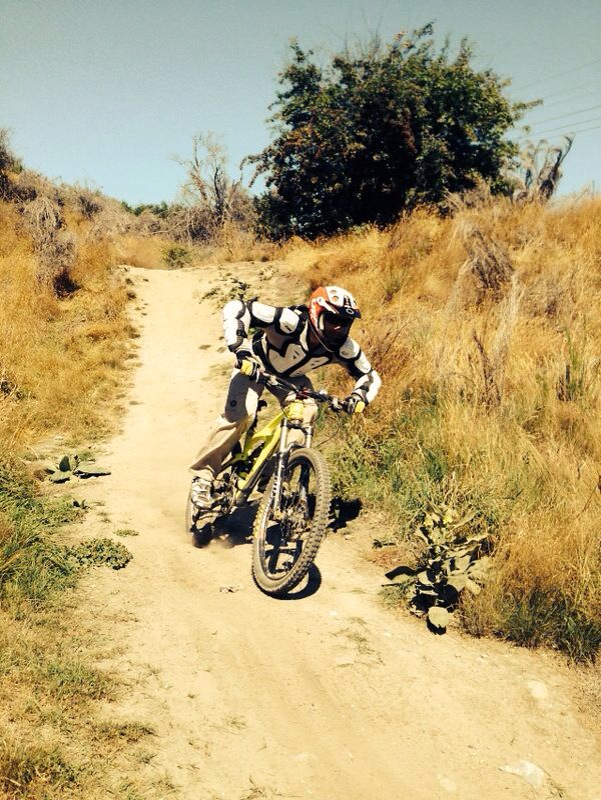 Whilst a more relaxed ‘enduro’ approach from me to get back to the shuttle pick up point (translation: I felt fucked and jarred to pieces and can I please have a coke and a pancake): 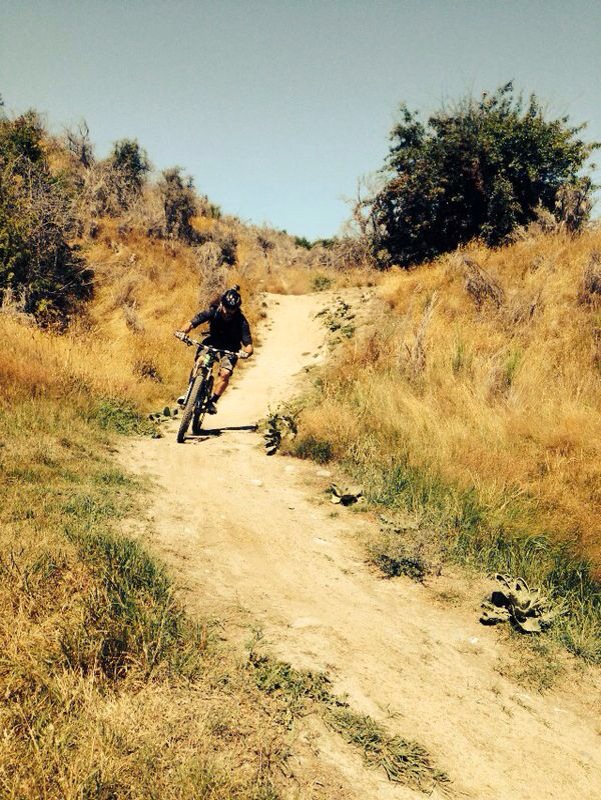 If I carve this last turn can we please have Maccas for dinner?

To close out the riding action, a final shot of Markus pumping out the finish from the Remarkables, we only had time for two runs and so he made it count. Whilst we both had the feeling that we didn’t perhaps pick up THE track that we had heard about, it was still a blast shuttling this short and gnar infested double header:

I really didn’t want to leave Queenstown… Whilst I didn’t have the energy to be dragged kicking and screaming out of town, even if I did I would have been pacified reasonably easily on the way home as its basically a non stop rolling hills scenery overload of awesomeness. I spent the whole time gazing out the window making cooing sounds while M&M rolled their eyes as I announced for the 38th time “Far out, this scenery is awesome guys…”: 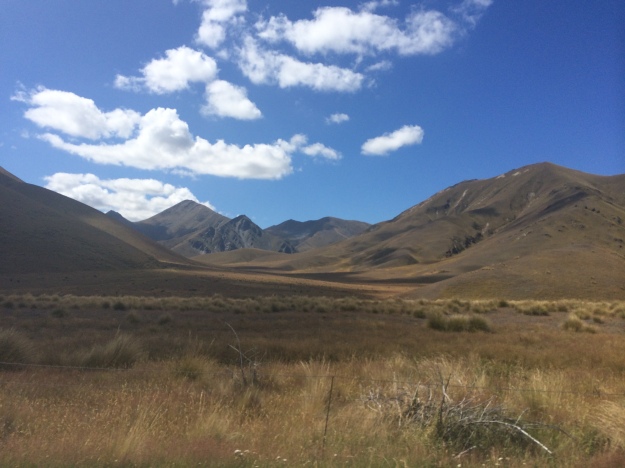 I took 50 of these types of photos, so be thankful I have managed to exhibit some self control and only put one in

We even saw this funky coloured lake and Mt Cook, its over there in the middle:

I’m not making that colour up… For REAL bro

So, back in the DN Chch HQ and ready to ride the Port Hills and Craigieburn to round out the South Island tour… Queenstown was mind blowing and exceeded expectations, I am already whiteboarding how to get back there before snow fucks it all up (Yes, I know I am the only person with that perspective). A massive Dirty thanks to the M&M team for making Queenstown rad and easy and not to mention cost effective and well organised – The best things about traveling with people who have kids, they keep the price down and there is minimal faffing!