I’m not sure if this is a philosophical or gear focused rant, perhaps a bit of both, but I will let you judge for yourself.

Whats one of the best traits you can hope for from a person AND a bike?

Good looks? Nice manners? Smoothness? High-end accessories? Good re-sale value (assuming you’re doing some pimping on the side)? That they get on with things quietly? That they make you feel hot and unbeatable? Well… yes, these are all handy attributes that you’d want people and bikes to share, but I table that there is one in particular at the top of the list:

Yes… Seems a bit boring doesn’t it. But have a think for a minute, what do you want your humans and bikes to both exhibit? Hard to beat isn’t it. I would also add to the list ‘Authentic’, but that’s a little harder for a bike to achieve to be fair. So, for me, reliability is critical in both my bikes and my humans. 2014 seems to be the year that both have been less than outstanding. Its probably a bit of a stretch to focus on the human side of that story, but I can talk smack about bike shit breaking until I have finished my keg of Haterade here.

Yes, shit has been breaking… I don’t know if this is because stuff is getting old (unlikely), stuff has been getting used a lot (maybe, but mileage is on par with last 2 years) or I am hammering it more (sure, a few tea cakes on board, but nothing major). I am not talking about wear and tear either, I am talking failure, as a taste for starters:

There were some other items that slipped my mind, and I am not including stuff that I wore out or fucked up on account of my own doing (Mavic tires, XTR Rear D and an Urge Helmet in that category), but the point is its been a busy year for getting things fixed. Luckily most of those items have been replaced for free, but there is one thing that I want to freak out on and rant about in the most irrational manner possible today that has accounted for the most time in the bike shop this year:

If you’re not a cyclist, your eyes may start to glaze into a zombie like state at this point HERE. Yes, what’s worse than 27.5, or Avid brakes or Fox Bomber gloves? I know, all horrific villains in their own right, but even they run screaming from the workshop when its PF30 time. Here is a scene PF30 owners will be familiar with: 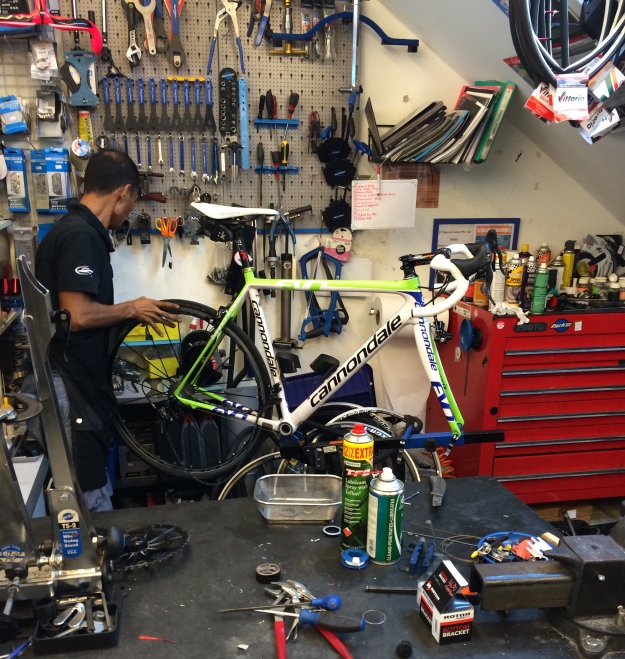 The daily stop, get out the hammer…

Just what is PF30? Well, the ‘P‘ stands for ‘Permanently’ and the ‘F‘ stands for ‘fucked’. The number 30 refers to the number of times per year you need to get it removed, serviced or replaced. As you can see, its the perfect acronym. For something mildly more scientific, here is a picture of how its supposed to IN THEORY ‘work’:

Many Bothan Bracket spies died to bring us these plans… But no need to analyse for weakness, its inherent

Apparently screwing a BB in was a dumb idea, now we just press it in, crank it up and then hope that everyone has got their tolerances perfect… Like, totally perfect. Can’t see anything going wrong there.

What has probably made me slightly more irrational about this (I never exaggerate), is that this “new industry standard” (which I think is the 28th ‘standard’ in the industry) is driven by and, all for the industry and not consumers. Apparently its to make lighter bikes, awesome, handy when my bike already needs 600 grams of lead to get it legal to race in Tour of Bintan or Nationals etc… No, this is all about making it easier/cheaper to produce frames. Yeah, apparently we get a cost saving, assuming you don’t factor the time and cost of fucking around with the cunty arrangement at the critical heart of your bike.

But, there is one company and guru that see’s this BB plot loss shit for what it is… Yes, Santa Cruz bikes continue to hold the line when it comes to make sure shit works and keeps working. Their head of engineering had this to say on the topic:

Oh yeah… Sink that sweet truth King Joe… Not only do you design the best MTB’s for shredding, hallelujah you also speak the word of common sense… Hit us with some more of your goodness as we pay homage at the house of Joe:

Ok, so granted he is talking about MTB’s and not road bikes, but the fundamentals are still the same… Aside from the point about the chain guide. Who gives a fuck, I am reverse engineering this to fit my irrationality after another day battling PF30 fun stealing antics.

Bottom line is this industry – You are making some awesome frame and bikes these days and pretty much, we love them. Shit is getting better and better all the time. But please, don’t give us shit that is better for you than it is for US. And when you ship high end bikes, make sure ALL the parts that go into making it a whole work and can be put together by bike shops all over the world.

Whilst you’re at it, cure all diseases etc etc. Yes, I have had one of those days with hardware, but, its all turned out for the best… We hope, touch wood for tomorrow’s ride: 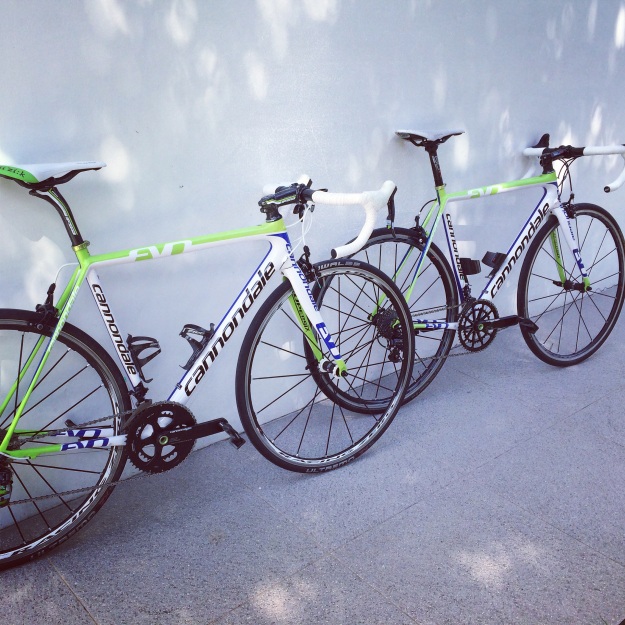 Band of bike shop brothers, the twins just happen to get out of the Doctor’s surgery at the same time