Just a little mid week post with a cautionary tale to break up the yawn of being global hubbed and working etc. The first round of trips in the DN Northern Hemisphere summer tour (fuck I need a better name for that) are still a few weeks away, so in the mean time a short musing.

When I headed to the Desert HQ it was the day after the Batam race, so in summary, I felt fucked. I was really looking forward to some time off the bike to recover and indeed, have the first week so far this year where I didn’t ride a bike. Here’s what that looks like on a graph, note the very obvious gap:

No rest for the dirty

Yes, its mid June and I’m a hair under 7,000km’s ridden so far this year, which if trends continue, will be the biggest year in the last 3 (or ever to be honest). So, given that, a rest must have felt SUPER sweet right?

Setting aside the fact that I was sick for some of it, it was good to get a break and some freshness happening. A few weeks without gels, recovery drinks and bars also a treat and a good chance to lower the toxic gas levels (big money out there for the first company that invents non-gas inducing energy gels). I also didn’t miss getting up mega fucking early every day.

However, the problem with time off is the inevitable return. Don’t call it a comeback (said with a straight face), as it really wasn’t one of those, its not like I have had 6 months off the bike, fuck, there’s a horrific concept, but I did work out pretty quickly that I was missing one thing: The Rhythm.

Yes, when you ride pretty much every day possible, it takes on its own flow and rhythm, something that you do naturally and automatically, almost without thinking. The prep, the process, the ride and most importantly the feeling you get from the ride. Nothing else can match that feeling from the ride. Not an indoor bike, not a weights session and certainly not a sleep in followed by the first work meeting of the day where there is a 98% chance someone won’t meet your expectations (fuck its a shame you can’t slap them).

Since I got back to the gHub, I have struggled in the short space of time I have here. When I blew to pieces like a cheap North Korean ballistic missile on the Tuesday hills session, I couldn’t believe how backwards I had gone… Seriously, had this guy been abducted?! 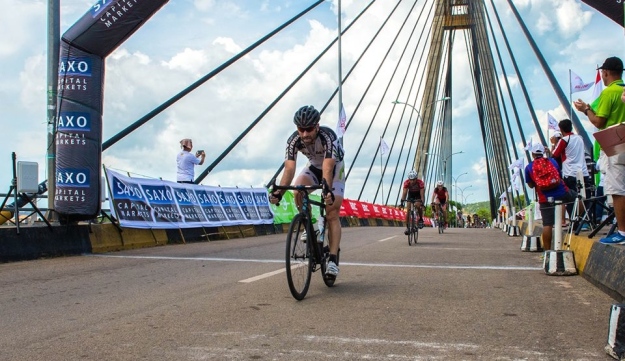 Cunts were right… Form is fleeting…

So its been the mental game of having to get out there each day and just keep riding until it starts to feel normal again, no matter what happens… No matter if I get dropped, how I feel or what is going on, consistency is key. Fitness is like money it seems, you can lose it a lot faster than it takes to build up. Also proves the point I need to keep hammering away at it to make up for a natural talent gap!

I’m no coach, clearly, I leave that to the experts – But I can say that consistency is key. Sure, you need to be smart about rest and recovery (smashing the sweet SIS Chocolate recovery drink is a highlight of the morning), but don’t let days off the bike become a norm… Its scary and hard sometimes to want to get back out there and suffer whilst looking like a fuckhead, but its worse to surrender to the couch, sleep button or the thought you’ll make it up later. Get the rhythm and then work to keep it.

With some of the trips I have on the horizon, stand back and watch as I panic and try to jam in 500km’s this week in desperation…