For real… EWS rules man, trails closed today and if you get caught doing any recon: Disqualified. Did I need any encouragement to take a rest day? None at all… feeling like I have a virus without any obvious symptoms and my resting pulse 10BPM above normal, I was happy to sit around and spend my time on Web MD trying to work out which flesh eating disease is robbing me of my reserves… Didn’t seem to turn up to much other than this advice: 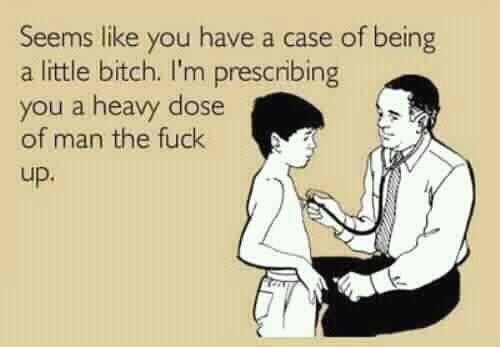 You get the distinct feeling that you’re not at an ordinary race when you go to sign on at EWS HQ for registration… Clearly I was an early worm, note the PRO signatures at the top, including current Women’s World Series champion, T Mo and NZ PRO, Justin Leov… Yeah, the dude dominating a certain trail in Wanaka: Not a local Sunday morning club ride then

Whilst rego was a pretty low key affair, I did receive a very good piece of advice from the woman handing out the race packs, herself a Bronson owner. When discussing how big the day would be, she smiled and simply said: “It’ll be sweet, just flow like water brother, flow like water“. Unless this is a reference to race day bowel movements, I think its perhaps some of the best advice I’ve received since being on tour so far and something worth adhering to on Saturday.

No bullshit here, its quite possible I walked out of rego with a bit of a goofy grin on my face, with that nervous stomach feeling you get when its a combination of excitement and sense of occasion when it clicks in that you’re involved with something BIG. I know for a few people there this is normal course of business, but this may likely be the only time I ever do an EWS event, so it was hard not to have that slightly exhilarating feeling when walking out with a goodie bag that referred to you as an ‘Athlete’, basically at the Olympics: One of the key elements of resting is to conduct some emotionally fuelled shopping, purchasing products that you’re semi convinced will help your performance or save your race day. Critical amongst this is phase of the rest day is to buy yet another set of knee pads you don’t need, bringing your total number of knee pads on tour to four (full knee pad review article coming soon…), to be fair, I have been using them more than almost any other piece of kit: The other big news, as alluded to yesterday, is that the course has been revealed. If you’re not from Rotorua, then this probably wouldn’t really be much of a big deal. But, as you can imagine, with all the trails to choose from here (around 160km’s of single track available), it has been the centre of much conjecture, rumours and debate. There has been a lot of “Well, if it was my call…” and ideas about how it would unfold, so it was good to finally have it laid out.

I recall a time when I had ridden every single trail in the forest and knew them back to front… So, its a sign of the times and the rate of change here that almost the entire EWS course is on trails I’ve never ridden… Fart noise. No resting on past glories here. The course is SO big that its almost humanly impossible to get it on a map: Given I have only ridden half of stage 4 and all of the dreaded stage 3, there is some work to be done on Wednesday and Thursday. The catch? There are limited windows to ride the stages, and not to mention the slight complication of some of them (see stage 1 & 2) spitting you out in the middle of nowhere… Why is this a problem? This week needs to be a balance between checking out the goodies and not blowing the load, so a bit of strategy is needed to not arrive at the start line on Saturday as a cardboard cut out of a rider.

I think Pinkbike summed it up best with this paragraph on the release of the course details:

“The one day race will take in seven stages over nearly 60km and feature over 1700m of climbing and 1800m of technical descents. The last stage of the day will drop into the Skyline Rotorua Mountain Bike Gravity Park, where a packed crowd will be waiting to welcome home some of the biggest names in the sport”

Packed crowd… Yay, baying for blood as well. Stage 7 is new to everyone, so the plan is to ride that tomorrow morning and then try and knock off Stage 1 and 6 on Wednesday and Thursday. Stage 2 and 5 will be harder to nail, so they may have to be blind on race day possibly. The only good news from race briefing was that Stage 3, of doom, will be cut short to remove the part where it was more of a running race than a downhill stage… Sanity prevails. Did I mention I had sweaty palms in a room full of massively famous MTB people? “Everyone, just watch the guy in the back row with the beard trying to take a weird stalker shot of the briefing”

Yeah, PRO Stalking a tough proposition when they’re all grouped together in a herd talking story… I will have to wait my chance and hyena some awkward pics as the week unfolds.

Stay tuned to see how it that goes, as well as attempting to practice EWS stages whilst not spending the limited remaining energy reserves…. It all begins tomorrow!