Usual COTY disclaimer for Millennials – Given an un-groomed cat upsets you, this post contains prodigious use of the word ‘cunt’, so you may be better off pouring yourself a glass of almond milk and spending the time working out what you’re entitled to next/crying about why someone told you to “get fucked” when you used a smiley face in a work e-mail.

Let’s face it, on balance, 2016 was a total cunt, in fact, it seemed to go out of its way to be a cunthead. When I sat down to draft the 3rd Annual Dirty Cunt Of The Year Awards for 2016, there was a strong argument for just giving it to the year itself. And lets face it, the late great Hans Gruber would probably agree with me… 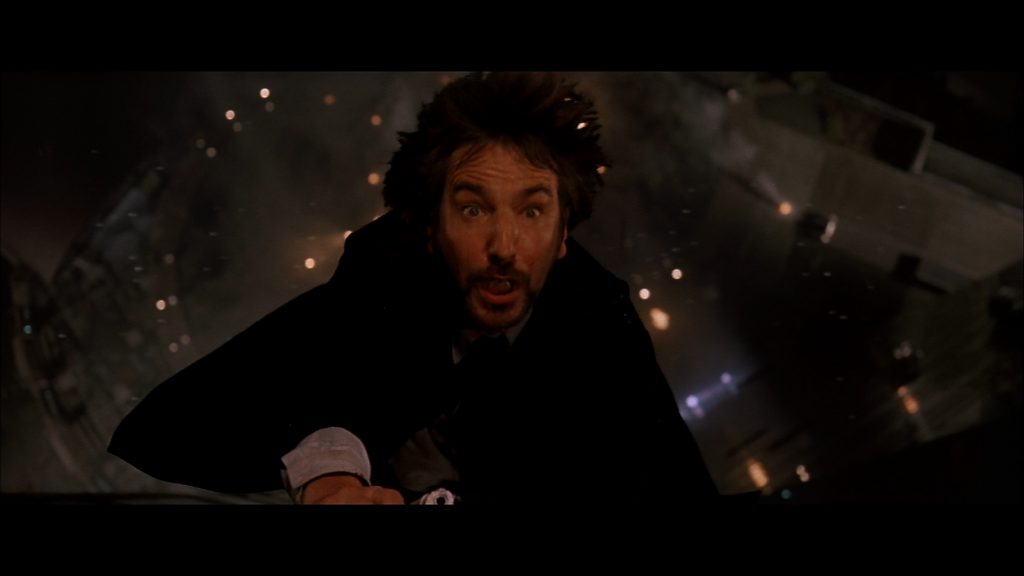 Its been a super cunty and unusually cruel year when you look at it, in the MTB world Steve Smith and Kelly McGarry leaving us seriously & insanely way too early, and a raft of other serious icons departing the world faster than a Brexit voter can cut of their nose to spite their face. It seemed like every week we were given a valid reason to sigh and say to the kids at the breakfast table “Gee, 2016 really is a total cunt gang isn’t it?” as they nodded in agreement. “Absolutely tremendous award, So much better than that low energy Time PC person of the year BS… Cuntmendous, I’ll tell ya folks, you won’t find a cunt bigger than me, everyone says so!”

Nothing to do with cycling you may think? Think again… If you’re pissed now at your Reverb dropper post, just imagine when the cunt cost twice as much and lasts half as long before shitting itself all over your thighs, but at least it will have a “Made in the USA” sticker on it again! Yay for regression!

Quick, let’s get busy ignoring that Ivanka ‘Yes dad, finger banging is still incest‘ Trump’s $100m per annum clothing business is all made in China and Vietnam… Hypocrisy is SO hot in 2016 (almost as hot as the public execution of facts in front of sycophantic crowds), as were our other COTY finalists that tried super hard, but failed, to match up to the mega cuntery of the weirdest thing ever spawned by cunted anti-social media.

So, faster than we can put nuclear weapons in the hands of a thin skinned cray cray muppet, join me as I slip off my soap box and into the 2016 COTY action as the drums of fake news roll…

It wouldn’t be a COTY without sticking a couple of fingers into the CX world now would it? One presumes that they’re quite keen on this concept given the awesome opportunity they dished up in 2016. As any racer knows (unless you’re of a Goat variety), never celebrate before the line. How about celebrating a whole lap early then? Cue nek level face job:

My plan originally for this candidate was to register and track every time a Moto ran over a PRO cyclist in 2016, but I had to abandon this when I ran out of rows in an Excel sheet. If we thought 2015 was bad, 2016 was a total cunt with the lowest of marks coming in March when Belgian rider Antoine Demoitié was killed by race moto at Gent-Wevelgem.

Whilst there is some amusement factor to be had seeing Froome running up Ventoux thanks to an epic Moto fuck up, this shit has to stop. Yeah, I get it that we lap up the moto footage and photos and they have a key role to play in any major race, but in 2016 they were stalwarts in the cunt queue unfortunately.

Turns out I’ve been doing my hating all wrong and extremely inefficiently – Yes, I have been spending my time hating eBike’s and Fat bikes separately. God, what an amateur! Thank fuck then that the Italians have help us all out by consolidating all our dread into one disgustingly horrid package of doom that will make you vomit in your mouth faster than getting grabbed by the genitalia by a nuclear armed orange clown: I want to kill it… But how? Look at that frame construction!

Yes, that’s actually a real thing… The eFat bike. I’m not sure if you’re supposed to say “Why” or “Oh fuck no cunt” first. Imagine how stoked you’ll be the first time you have a head on crash with one on your favourite trail. Yay for progress!

If someone yells “You fucking CUNT” at the end of a PRO road race sprint, 90% of the time its directed at Nacer Bouhani, every time. Bling Matthews demonstrates for us here with classic Aussie form and heritage: But that isn’t what got Nacer to the finals here (Being a COTY finalist his best result in 2016), no, he went out of his way to make sure he was a Dirty COTY contender in 16 after being perplexed about being overlooked last year.

His tactic? The week before the Tour, unlike all other PRO’s who were avoiding cake and germs, wrapping themselves in cotton wool and generally starving themselves, he decided to pick a fight with a random hotel guest. Nacer fancies himself as a boxer, which if you’ve ever seen a PRO cyclist is confusing to the point of delusion, and Nek Minute Cofidis saw their potential TDF stage wins (I.e. the whole reason they hired him) vaporise quicker than you can hum ‘Eye of the Tiger’. We can learn two things from this: 1) Never fuck with French hotel guests and 2) No cunt, you’re not Sonny Bill Williams: If Rocky was a T Rex

I’m debating what was cuntier in 2016, Cancellara retiring or him crashing on his final lap of the Roubaix velodrome. That moment sort of summed up his final spring classics campaign. We cried for monuments, but just ended up crying at the fact there won’t be any more Spartacus domination come next April… If I was 28 I would probably put a sad face filter on. The Swiss weapon aside, a lot of big names hung up their wheels at the end of this year… I see you Ryder, sneaking out the back door with that Pink jersey of relief: At various stages in 2016 my inner cuntsumer felt the urge to buy a new Rapha jersey. I already had 4, 1 of which I wear occasionally, so it made total sense I needed more. I lamented the cuntiness of the whole range, which looking like they had been designed by Autistic hamsters, but it wasn’t until their ‘Sky Farewell’ jersey took a giant piss in my eyes that Rapha made it into the finals for 2016. And yes, they actually asked people to pay them money for this: Did you say “Thank you” or “Fuck you” jersey?

Looking like a cross between a Scouts outfit and a 1980’s Top Gun inspired Bomber jacket, it was hard to work out what sort of brain aneurysm caused a product like this. The only logical conclusion I could come to was that it was actually a ‘Fuck you’ break up jersey to Sky, like when you say you’re going to say good friends after a break up but then you take a shit in their car and sleep with their best friend instead? That’s the jersey equivalent. No wonder the whole set up is for sale.

Close but no cuntgar – Special shout outs to the also rans If you see this masterpiece without a PRO looking gentlemen on it, unleash a citizen’s arrest immediately

If you’ve made it to the end without being too disgusted, then congrats and we should go for a ride together. I tried really hard to find some MTB related cuntery that was worthy of finalist status, but alas either I am not skilled enough, or its a discipline that’s relatively devoid of cuntery!

Did I miss anything? Any particular cunt that you’d like to see mentioned? Given its 2016, leave your inane and profanity laden comment below if so, in English not Russian thanks. Depressed as fuck now? Don’t worry, the significantly more enlightening Dirty Annual Review is up next, followed by, er, 2017?