MONDAY! Actually, oddly feels like Tuesday for me… Given the weirdness of having your weekend on Fri/Sat here in Desert HQ. I have however managed to cobble together a whole smorgasbord of weird and random shit for the round up, so rock on. Its RAMMED today, but with good reason… Hang on… Wait a minute… STOP THE PRESS:

“I won’t tell these fuckers the battery is flat…”

Yes, mere days after the release of the new DI2 XTR, its racked up its first world cup win at the hands of Monsieur Absalon (and his XTR Tattoo)! Taking the latest round of the world cup. Yes, its XC nerdery, but in a world of constantly moving goal posts I shall overlook that for a moment and instead appreciate the history that this occasion represents. Worth also noting that early adopters are now fevering for this shit. Get into it chaps, I look forward to version 2 at some stage.

Meanwhile, back in the Desert HQ, turns out its also summer here, so a tad warm and I am fuuuuucking glad I left the Evo at home: 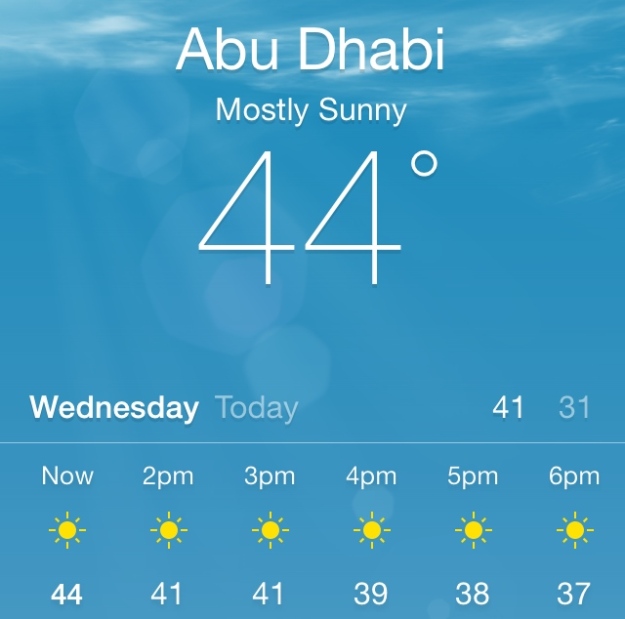 How hot is that? So hot that when I walk the 70m to get a coffee, its sometimes hard to breath… As such, this has meant that while its a rest period officially, I do still need to keep the lights on somehow to avoid a melt down when I get back on the bike. The road to Shredpocalypse II has also begun, which unfortunately for me and my T-Rex arms means its TIN time, but more on that soon:

Speaking of deserts, I am not the only one trying to cobble together something that resembles a cycling focused routine to preserve form. Yes, Tommke is currently stuck in a totally different type of Desert, but I would take his one over mine given he gets to hit some, er, trails (I guess?). Lets forget the fact that basically everything that moves there wants to poison/kill him (Hint – Look closely at the front wheel):

Snakes aside, this desert has some other tricks up its sleeve, nothing our Belgian National champ can’t handle though… break out the winter gear:

So, at the total opposite end of the spectrum from all this Desert rubbish (aside from the temp where Tommke is), the Giro wrapped up over the weekend, but not before it decided that it would bring the SNOW to a horrendous, brutal and ultimately controversial stage 16 over the Stelvio:

Here is one man that didn’t give two fucks… Yes, forget the controversy and drama, as per the Giro Preview, DN predicted that this was going to pan out the way it did. Cadel had some horrendous days, Purito was robbed and Quintana just kept on going, oblivious to all those failing around him, especially the race marshals. He took keeping a straight face to the next level as he dominated his fellow columbian homeboy and the rest of the sacrificial lambs sent to the Giro, including the Nibbles clone in 3rd place: 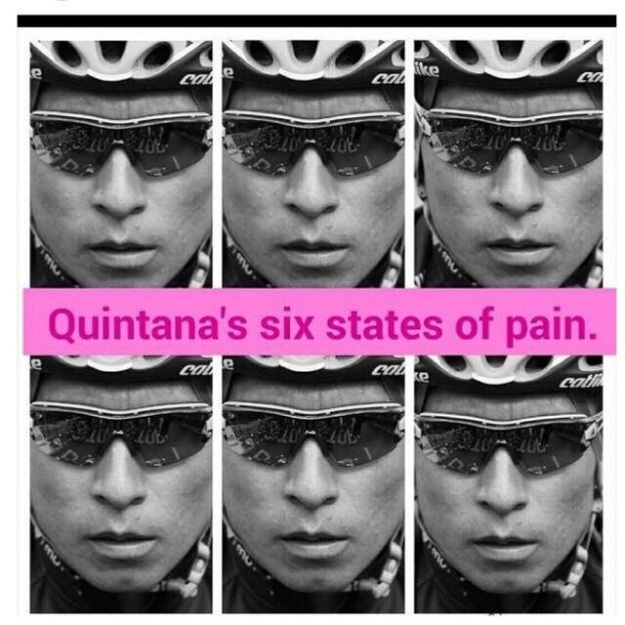 With the Pink jersey wrapped up and after he debuted the worse TT socks ever seen in the history of sport, he’s now looking forward to taking a break and getting home for some more altitude training and time with his #1 fan:

What we didn’t predict though was that on the penultimate day of the Giro up the Zoncolan we would have another automatic entry into the COTY awards! Yes, as if wearing the world champs jersey wasn’t bad enough, this fuckhead then had to go and push Francesco Bongiorno off his bike basically as he battled with Dr Rogers. A stage win up the Zoncolan is rare and extremely hard, so to have a total cunt steal it from you would feel a little bit tricky. Do NOT touch the riders: “In case you’re not already cheating, how about a push, after all, I’m a world champ cunt”

Whilst on the topic of Italy and COOL as fuck, how about the new Campy Super Record thats recently popped out of a bowl of Pasta! Yes, as if the release of Di2 XTR wasn’t enough componentry fever to last the rest of the year, Campag have gone and added to the excitement by releasing my next road group set. No idea when or how much, just that its in my future at some stage:

But wait… there is more from Italy in today’s randomness… Its extremely rare and odd for me to do this, but I probably need to respectfully recognise another big release recently, the new Pinarello Dogma. Yes, I have a soft spot given I have owned a couple of Pina’s over the years. With one being part of probably the greatest days I have ever had racing a road bike (K2). Its also prominent as its probably going to win the Tour this year… And, right now in Singapore thousands of current Dogma’s are being dumped on the second hand market as mofos in overpriced BMW’s burn down to Cycleworx to get the latest and greatest, black not a bad option:

What did the man who has to defend his tour title say about it? Yawn… Here’s a big surprise… Its awesome apparently: “Hey guys, what did you want me to type in this tweet again? Best bike this year or ever?”

Yeah, well, its ok, but its still not as good at this piece of awesomeness is it? She may not look like much, but she’s got it where it counts, kid. I’ve made a lot of special modifications myself:

“I may not be flashy, but I do things those princess bikes won’t do…”

All this snow, new Campag and updated Dogma business was clearly all too much for the Giant-Shimano team, who finally cracked at the Giro and did exactly what I would do if I was forced to drive a car with a bunch of Giant’s strapped to the roof – Crash the fucker:

“Quick manolo, get those pieces of shit off the roof and lets get out of here…”

It wasn’t just PRO road action happening over the weekend, the latest round of the ENDURO world series was also going down in Scotland (steeply too apparently), the best race format for what is essentially normal mountain biking and now the residence for all those that either can’t quite race PRO Downhill any more, or aren’t quite fit enough for XC (Grubby the one exception to both of those). Those that struggle on the fringes need to keep the sponsors and fans happy, which means sometimes you need to get your pussy out (I can neither confirm nor deny if this photo was ‘liked’, if she added 3 I suspect it would get a lot more support): Yay – We’re off to the EWS round! Always use both hands

And FINALLY today (thank fuck I hear you breath), this video has gone viral faster than I could copy and paste the link, so I may as well catch the flu and re-spam it at your face, but its worth while. Ignore the XC nerd factor for a moment, focus instead on how cool it is to see a PRO roadie in the form of Mr Sagan doing this on an MTB, not just any MTB, but the new Cannondale Flash, coming soon to a Wolf near you:

Uh-huh… I know that you’re thinking… No wonder he is slaying Podium girls quicker than Mr Draper can get through a new secretary. Have a great week gang!