After reaching the halfway point in the TP Race reports, I thought it would be appropriate to take a quick break and also provide a tip of the Dirty cap to the second biggest cycling event on the calendar behind a week in the Maritime Alps.

Yes, a quick Dirty round up on almost the first week on the Tour de France. Its been as action packed as fuck, but a couple of things that I’ve mused on whilst listening to Carlton Kirby either lose his mind or almost cry that I thought I would spam out in the usual unrequited fashion.

The yellow jersey that is… Like, seriously hexed by some gypsy cunt that probably took a water bottle in the head while begging on the side of the road in the Dauphne. Real life evidence continues to pile up like the empty needles jar in a blue team bus that shall remain nameless (and unrelated to the header pic that was snapped on the autostrada on its way to a non-extradition country to take out the rubbish):

Good luck rocking it today Froomecat! So… So… Skinny… 2. This lion doesn’t hunt any more

Cav haters are queuing up quicker than the locals here when a free 25ml toothpaste tube is being handed out in 37 degree heat. Yes, whole parties are being arranged to watch the Gorilla tea bag the Manx Misfire. It appears the days of Cav being able to win easily or by choice are a distant memory, much to the rejoice of people who he seems to aggravate by just being on TV.

Stage 2 seemed to be the low point where it was “Achtung Das Cunt” sulking into 4th place and thus shanking the Panzer out of his Yellow jersey… After they had worked quite hard to set him up, mmmmm… Team bus politics anyone?

But I suspect that aside from needing a near perfect lead out now, the days of mellowing have set in. He talks more about being safe in interviews than tearing peoples balls off and his twitter account is significantly calmer than history would show. If he does win, I hope he dishes up a massive fork so cunts lose their minds about it. Don’t worry Cav, no one wants to win with a gull wing handlebar and hey, we absolutely can NOT blame you for cutting down on the training miles Bru…. 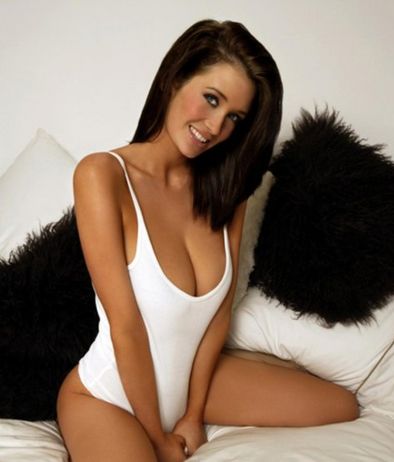 “That’s cool, you go for a training ride and I’ll try and entertain myself here”

Lets face it, the Giro was so fucking epic and crazy that it already risked overshadowing the tour before July had even rolled around. Sure, cheating cuntery seemed to be a daily occurrence to those of us lounging around on the couch like the fucking experts we actually are, but it was an intense race with drama right up to the penultimate stage.

How would Le Tour match it? Match it? Its currently in its usual mode of pushing the Giro’s face into its pink pillow and holding its arm behind its back whilst unleashing a rhythmic and metronomic rate of daily hardship that has Roman’s everywhere euphoric. Its been utterly brutal: Crosswind, crashes, cobbles, cuntery and rain. The misery keeps being heaped on in unusually high volumes in week one.

Great for us, not so good for the riders. Its telling that the Tour has a mobile X Ray machine in the caravan, and its been getting used way too much. Hopefully shit settles down in the second week. Splits and hard racing is awesome, dudes getting fucked up not so much. Its been a knife fight in a telephone box with a columbian gnome basically, as this little clip clearly outlines… The sprint at the end is insane:

4. To Tantrum or not to tantrum?

Stage 4 gave us the perfect case study in not only disparate styles, but also a golden reinforcement of stereotypes, which lets face it, everyone secretly loves.

In the “Why is granddad from Argentina?” corner, Tony PanzerMartin showed how to roll when it all turns to shit. Deploy robot face and say in a strangely good almost Austrian accent to the closest team mate: “I need your cycle” (I wanted to go with “say, that’s a nice bike”, but Robert Patrick wouldn’t be impressed).

Get on requisitioned bike, chase on, wait for the 3km mark and then drop every cunt fighting tooth and nail to not only win the stage but take the yellow jersey. The irresistible force prevails. #beastmode.

Meanwhile… In amongst the convoy of Skoda’s, in the “Its Tuesday so that feels like a good reason to be emotional” corner, we have Monsieur Pinot. I lost count of how many times he melted down, but I feel for the French mother who is now have to explain what “Le Cunt” means to a 5 year old after the final bike beat up on what appeared to be a relatively operational Lapierre. I get it that no one is stoked to be riding a French Avanti, but still, keep it rolling dude… Roll out the “Its time for stage wins” strategy: “They force me to wear this cheap ass helmet, wouldn’t you have a melt down?”

5. And the Golden cunt award goes to?

I know anyone that has Cyclingtits saved in their favourites is still outraged by Sagan’s podium bum pinching incident from what now feels like 3 years ago, most of whom feigned outrage to appease the Geek patrols roaming the land in demand of political correctness or to get laid, but the reality is he is one cool motherfucker.

Lick my mullet Oleg is the message, not to mention testing out the Gorilla’s humour in this piece of gold, loving his work and apparent Zero Fucks Given approach (P.S – Please win a stage soon FFS):

Notable “fucking hell that’s epic shit” award to Spartacus – Sprinting his way into the Yellow curse on Stage 2, a top speed of 69kph in the sprint, SITTING DOWN. What the actual total fuck? Head out this weekend and see what speed you can manage on the flat, with or without a lead out, sitting down. Respect.

Finally the “This could only come from a technology company who have no sense of style” award goes to Dimension Data for ruining the look of all the bikes with those hideous GPS trackers which look either like a spare dildo or a turd depending on your perspective about life (one maybe half full, the other half empty?). So far all its really given us is tweets about how fast riders are going, which as we know is always fuuuucken fast. Any other value add? Other than people misquoting or embellishing the numbers (fuck, they were going 90kph when they crashed!!!! No they weren’t…). Just set them all up on Strava for fucks sake.

Bring on week two then, all the top 4 are intact, nerves frayed and all sorts of politics going on, so should be excellent to watch. Get the toga’s on folks, its going to get brutal.