As the saying goes, many hands make light work… Well, I am taking that maxim to the extreme this week as I weave and delicately massage a rather complicated process to get my Dirty Box from a DN Black site to DN Global HQ at the most minimal cost possible. Dirty agents have been mobilised around the globe and my box is passing through many fingers as I vigorously type up this post.

Agent Ango had already collected the box and strategically prepared to move it from his HQ to its next way point. As he does, he obliged with making sure that it was rammed full to bursting point: 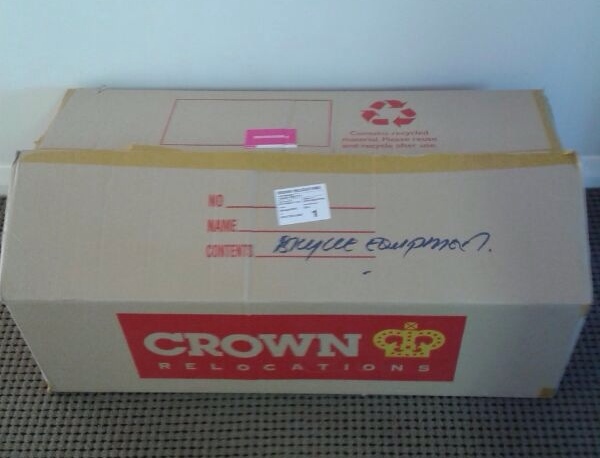 Quote: “I stuffed your box as full as I could bro”

Being the Box expert, Ango then started the journey by calling in the cast of Captain Phillips to transfer the Box to our willing NZ courier, the (Colombian) Panther: 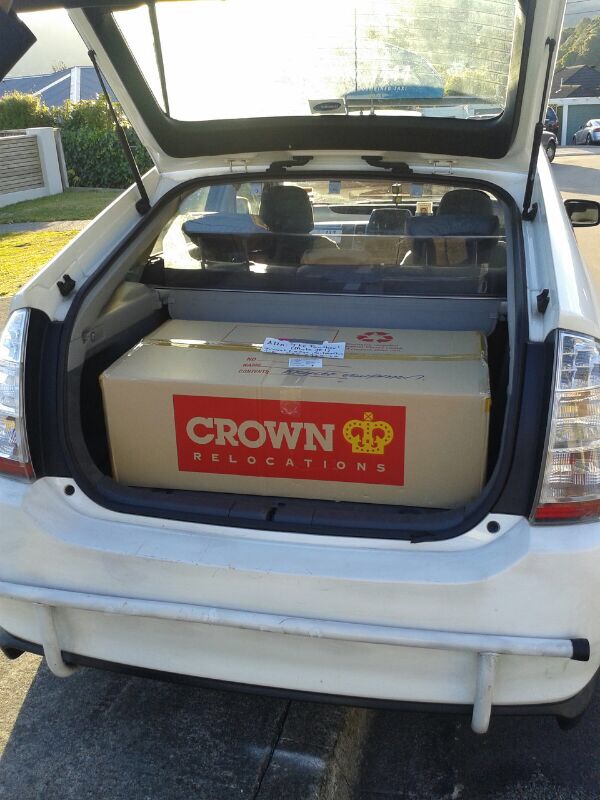 Now, The Panther is a Box connoisseur, so he know’s how to treat the Box juuuust right. Dim the lights, put on some sounds and get it relaxed is his preferred method: 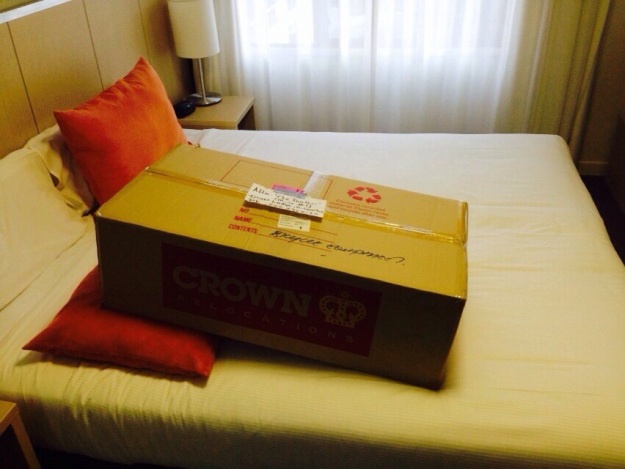 Just sit back, relax and know that I AM the mother fucker…

Being a gentleman from the Bay, he made sure that it had a relaxing morning after the night before, my box soaking up a grand view of Wellington harbour after some breakfast in bed: 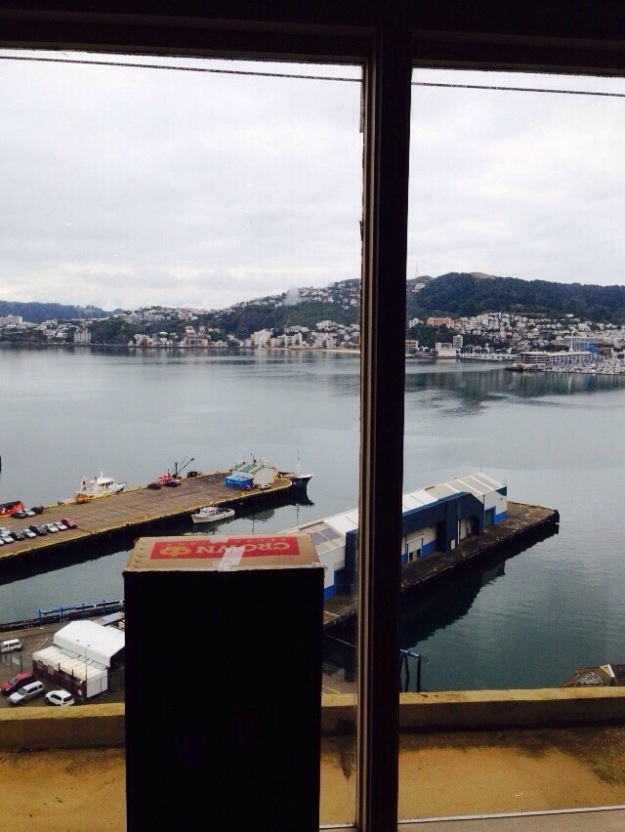 Do you still respect me?

The Box is now rolling it way to Auckland and if my super complicated plan rolls as envisaged, then it will be with me in Singapore next week. What the FUCK is in the Box?! I hear you say? Well… A gentlemen never tells, which counts me out, but this is part of a wider plot and secret project, so it will all be revealed in due course my Dirty readership.

In other news that verges on a Dirty Random Round up, I am not the only one getting some Box pleasure this week, yes, the most prolific box man we know has also been unwrapping goodies from his secret Chinatown HOOD HQ, with Das Wolfenstein taking delivery of the legendary Santa Cruz Bronson with MF Enve wheels: 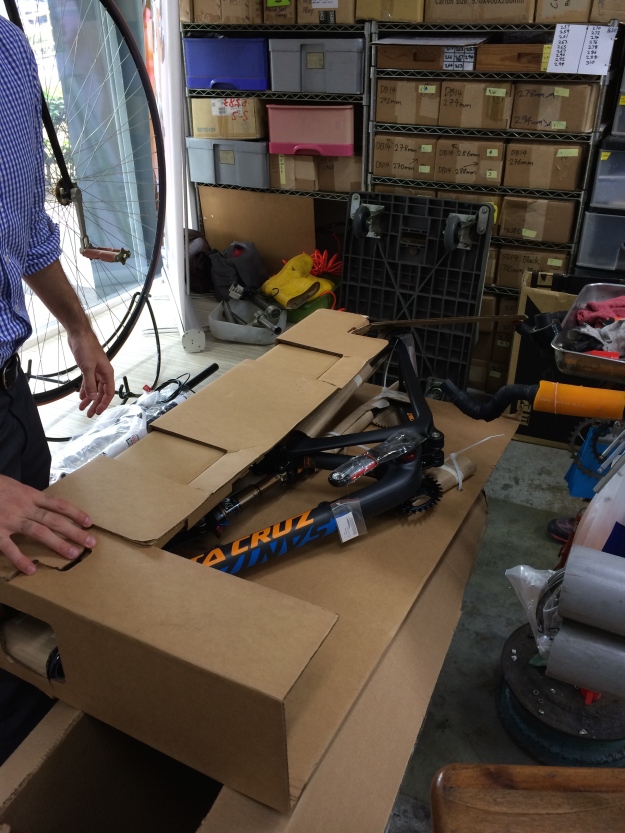 I want to touch it

Whilst I hate the movement behind 27.5, its hard not to look at the Bronson in the flesh and get some serious MTB wood happening. The best part of this delivery however was the ironic twist for the Wolf – Being the man who invented the “Sorry mate, I ordered the wrong colour” gag, ending up with the Arctic White coloured fork as opposed to the murdered out black option. I smell the distinct aroma of cycling karma perhaps? Also delivered at the same time, how about this bag in a box scenario – WTF: 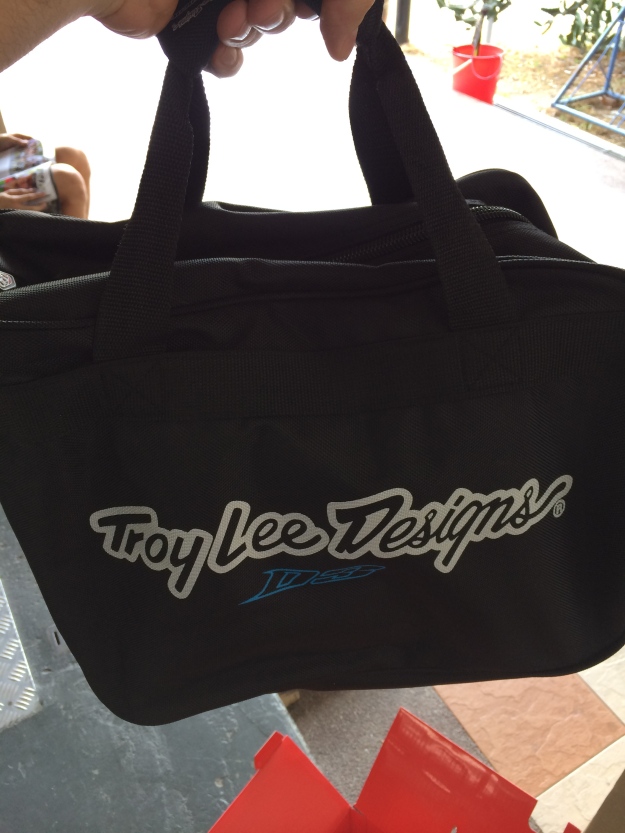 Yes, I have been fiscally responsible again with getting my dream DH helmet, the Troy Lee Carbon D3, arguably the last word in DH Mountain Biking helmet technology and style. Lets ignore the fact it almost tears my ears off when putting on and off, once on the fit is unbeatable: 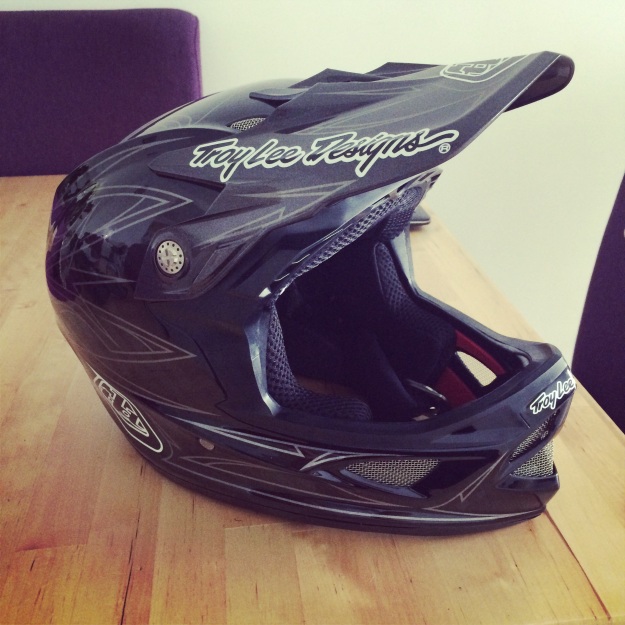 An oddly irrational but necessary investment

The only downside is the wording on the back of the helmet stating: “For the fastest racers in the world”, handy, no expectations set there then. Could this be connected to my secret Box mercy dash? Is this a massive clue? Who knows…

Can I squeeze one more Box gag in? Yes… Just. I had another Box thrust into my hands over the weekend (not the first time that has happened to me), by my new crack dealer, the Snozz. Much like being served papers, I was dumb enough to clutch on and then look down to find this in my dirty paws:

Yes, the Stages power crank… Don’t worry, its still in the Box, as my views on Riding with Power are well documented. However, I can feel the dark side calling to me and the vortex like pull of increased cuntery starting to claw at my logic. Watch this space…

And finally today, nothing to do with a Box even if it sort of looks like one, DN is pleased to announce that we now have a vehicle sponsor on board courtesy of Ice Station Zebra (Now there’s a gag only 2% of people reading this will get). Check out the Nomadmobile: 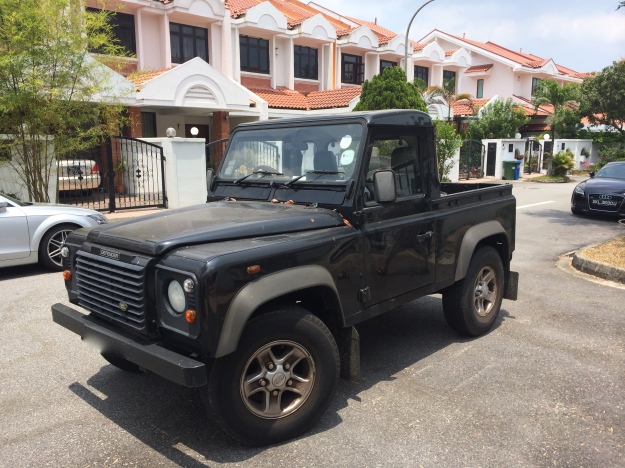 Is that shuttle runs I can smell?

The only catch is the seating is in the back… Well, more in the tray to be direct. Which is a complex proposition when speeding down the ECP in the sun at 33 degs. But, not as bad as being fan baked in the 12km long KPE tunnel, yes, that would be the longest tunnel in Asia. The grimace on my face may be a combination of being on slow roast and remembering back to a time when I used to drive as opposed to rolling like a hobo: 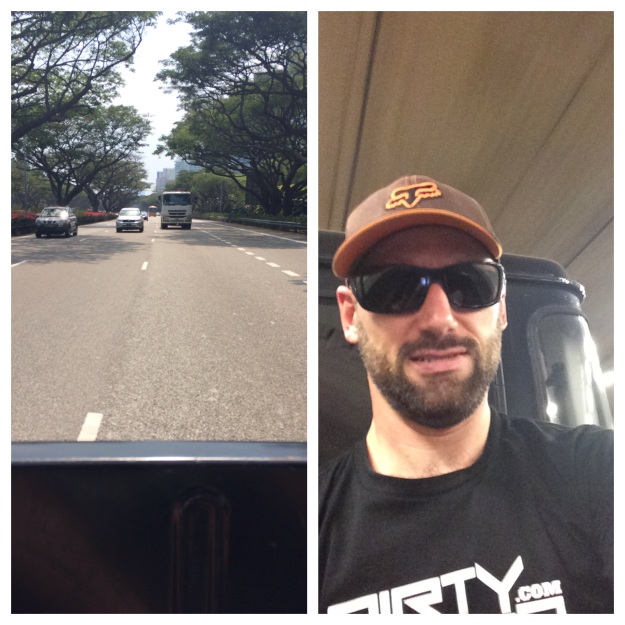 Trying to catch me riding dirty…

I am now certified to work on an MRT tunnel, so that’s a benefit… My job hunt is extensive after all.

Stay tuned, my dirty box is out there somewhere, so fingers crossed the rest of the journey goes to plan.