BOOM – Back on line and back in Queenstown gang! After losing the night/day to travel action, it’s been great to finally get back to normal operation today in the Southern mini Whistler: 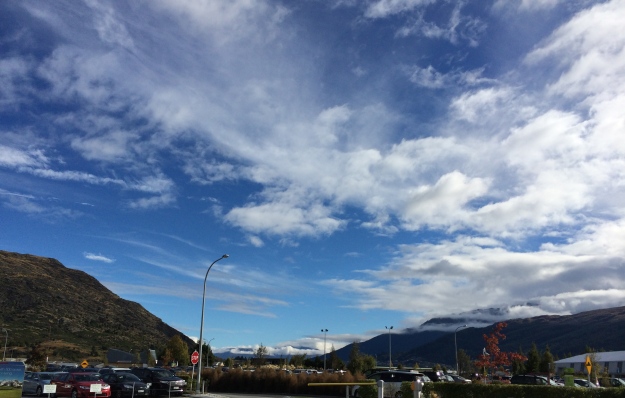 Breathe in it… Back in the goodness

Being the advance party to set things up at the Dirty qTown HQ did have its downsides however… Setting aside the onset of flu that I have been desperately trying to ward off, I got an important lesson in the downside of cheap hobo accom last night at Pinewoods.

Whilst we have the house booked out for just the Gravity Brotherhood for the rest of the week, last night at midnight it became horrendously apparent that my much desired exclusivity wasn’t going to be fulfilled when I was awoken to the sound of the cast of Coronation Street busting into the rather small chalet here (calling it a Chalet is actually a slur and disservice to real ones in Europe). Let me just say that I had forgotten how skanky you can appear when you’re in your early 20’s, especially when you’re preparing to go out to get munted.

This is one of the few times that the beard makes you appear significantly scarier than you really are, with a swift “Fuck up cunts” having to be administered. Whilst they were compliant, I wasn’t so lucky when they returned at 4am loaded up like fuck heads on Jager. I made sure the TV was on full noise when I rolled out at 8am. Still, the Dirty Demo was unperturbed and more than ready for its epic debut riding action: 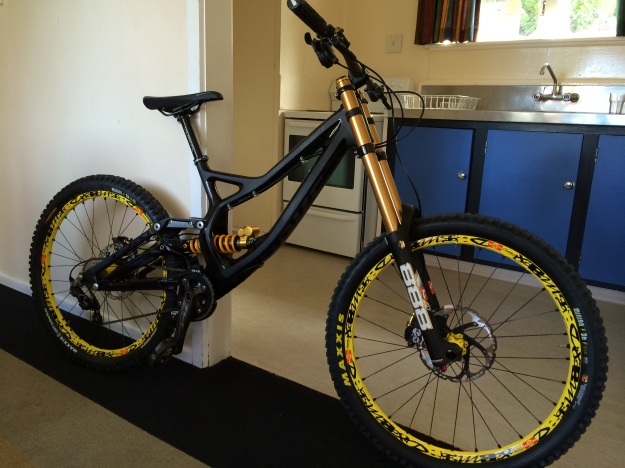 First to arrive was Herr Doktor, fresh from lunch with Pablo Escobar, he had massively taken the long way around the world to get here and we probably had about 5 hours left before the big dog tapped out. For a man who hates faffing, he didn’t get off to the greatest of starts with the build process, today’s lesson from the Dok kids: Don’t build your bike on a deck that has big gaps in the decking and NO access underneath, bolts are small:

In the end, it was Nomad T Rex arms to the rescue, the dead lift session resulting in the Dok’s arm’s circumference incompatible with the tiny gap. Next to jet in from Sydney was Das Wolf, more than amped and ready to assemble the bad ass Bronson and begin the DEMOlition double tap experience.

Conditions were fucking perfect, an extra bonus being the trails had been recently rammed with rain, curing them of that pesky dust and looseness – Yes, we were about to ride into some serious hero dirt action. But first, in a striking sense of Déjà vu, it was time for the mandatory Queenstown Gondola skyline photo shoot: 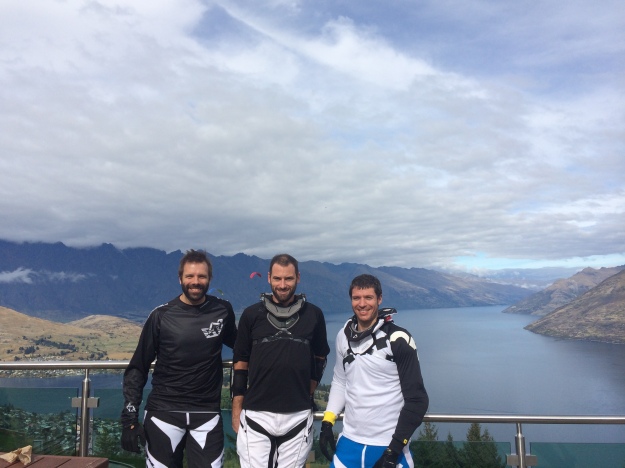 In today’s parallel universe, the Dok becomes a midget. Strangely satisfying… We wanted to throw him off the deck

Today’s afternoon session was all about running it in smoothly and getting a feel for the Demo, briefing the boys on the trails and staying in one piece. Previous trips have taught us the lesson its always best to ease into it. There was only one problem with that approach for me. This: 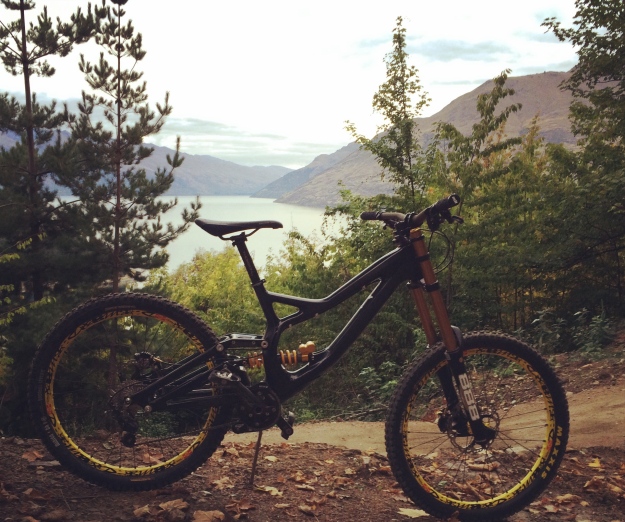 I know its only the first date… But do you want to come upstairs for a ‘coffee’?

Yes… How do I put this? How do I describe it? How can I possibly do it justice? It’s not often that I can say this, but fuck me with a unicorn if this bike didn’t completely exceed my expectations to extreme levels. I have never ridden a bike like this downhill. Ok, so my explanation of why will be rubbish, but the back end of this bike is tracks like a robot and the bike can change direction faster than a fingered cat. Its seriously manoeuvrable, in ways that actually make you have to rethink the entire way you ride.

As the day went on, it became alarmingly obvious how fast this bike is, to the point where it was scaring me shitless how fast it was getting through some sections. It doesn’t even feel brake bumps and forces you into dropping the fucking hammer on sections of trail that made the Nomad feel like an XC bike last time I was here.

Adding to this sensational debut feeling and buzz, the track conditions were superb, with a shit load more grip on hand than the last trip here. The boys were using it to good effect as well:

The boys lapping up the Thundergoat action

And, of course, here they are running a train on the most photographed berm in Mountain Biking, its reasonably self explanatory why to:

Today wasn’t a day to burn out though, so when cracks started to show (literally), it was time to return to base:

Cracking on with it

So – Nothing better than being back on tour and shredding with the Gravity Bros, the fizz levels are high. Importantly, some awards from today:

Finally today, back at the Dirty Global hub – Congrats to Frazzle and Lars for turning in some quality performances in the Tampines MTB race, a win and a 2nd respectively a good outcome in some scorching conditions. Lar’s performance even more impressive given Frazzle didn’t want to share the limelight and tried to run away with his bottles… There’s no ‘I’ in team work, but there is a ‘U’ in cunt: 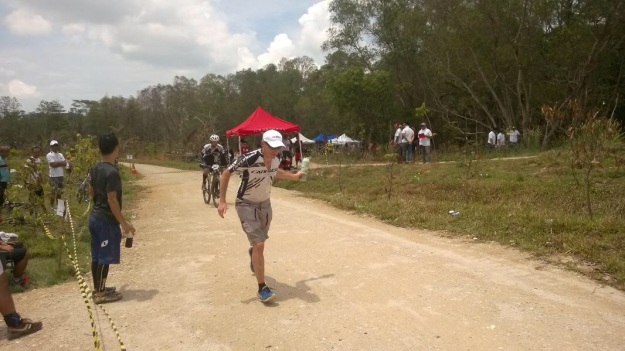 No, not even a win can excuse those ASSos glasses…