Right then… Into Day 2 of PMT and it wouldn’t have to try very hard to beat day 1 from a riding perspective given how things kicked off. I decided that perhaps it was a better idea to head to some longer trails and get some loops going. Yes, surely that was the answer to help get the mojo flowing and remove the Dirty frown. Dial K for Kalamunda then, as it was pretty much the only other place I could roll solo and not get completely lost/eaten & sexually assaulted (in that order) by Straylan wildlife.

Kalamunda wasn’t new to the Dirtiness… No, it was part of the summer tour back in the green days, then of course we got all freaky ENDURO on it in October, so there couldn’t be any excuses for anything other than a good time, right? 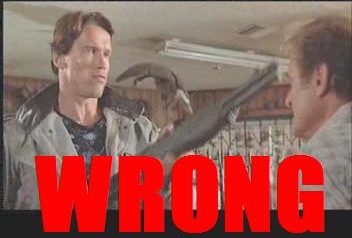 What is your dogs name?

Sigh… Yes… Rather than me doing a slow zombie walk through another average outing, I’m going to mix it up today and instead provide a step by step guide on how to have a shitty ride. Happy and optimistic people please take note as you’ll find this particularly useful.

Step 1: Start early – This is essential and you really need to think ahead here, as it really starts the day before. Make sure you have a dodgy meal, or one lacking in any form of nutritional value as your first building block. A late ride from the day before and a negative ‘can’t be fucked’ mindset is also ideal, so try and lock these down if you possibly can. Key to a losing start.

Step 2: Start early part Deux – Literally, as in, get up fucking early at around 5am when you really want to sleep in on holiday. Have a theory that you need to beat the heat, plus it’ll take 50 minutes to get to the trail and factor in some FAFF time, which lets face it, is only worse at that time in the morning. Extra points here if you can combine this with a shithouse sleep, which is an essential element to help build on the grumpiness you had already been lovingly nurturing. You need to be an epic hater by 5.13am ideally.

Step 3: Miss the shit – No, not a typo for ‘Ship’… Any serious cyclist will know what I’m talking about here and their partners certainly will. That’s the one, the pre-ride shit is a critical aspect to any ride. Drop that bomb and you will soar like an eagle on meth… Miss your window and that turd is not only coming along for every bump and effort on the ride, but it will also be MAD as fuck and make sure you pay the price for taking it on tour. If you want to double up here, also think that you can just eat a small bar as a faux breakfast before a planned 2 hour+ ride. Perhaps drink a bottle of haterade at this point.

So, by now you’re cooking on gas! Things are set up nicely… You’ve got the key pre-req’s ticked off to have a suboptimal experience, but don’t rest on your laurels there cowboy, keep the hammer down!! Step 4: Faff time – You need to introduce some form of complication into the equation at this point. For MTB this means driving for at least an hour to the trails, preferably through morning rush hour. Roadies its a lot simpler – Agree to “meet people along the way” and make sure its vague as to what the actual meet point and timing is, which means the planned ride of 8 people ends up 3 or maybe just you, with everyone thoroughly cunted off and the angriest person you know invariably having the longest wait time. Bonus points if you decide to make some sort of major bike set up adjustment or fit a new part just as the ride is about to start. This is particularly endorsed if you’re trying to work to a timeline. Make sure that you have your partner book something critical in your/their life back to back with your expected ride end time, which invariably you will blow to smithereens. This allows for Apres Ride melt downs that can hopefully span the remainder of the weekend if you play it right, blaming them for making the booking (which you requested) is the best play.

Step 5: Get the party started – You should now be simmering nicely like a butter chicken with Campylobacter in its ingredients, so its clearly time to start riding. Your negative mindset will already have loaded in the critical data that you’re going to ride like the turd that is currently doing its best to perform the greatest escape out the back door. Given the mind controls the body, hey presto, next thing you know you’ll be riding into trees, scrubbing speed in places even your brakes don’t understand and getting all your timing wrong. At this stage don’t relax and take it easy! This is key, you need to try HARDER. Over riding things is an essential part of the process, as is getting annoyed with yourself. Riding solo on trails you’ve previously shredding with your bro’s is also a useful ingredient to add in. Must ensure you refer to yourself as a ‘cunt’ or ‘muppet’ at every little mistake you make, don’t back off on that aspect. Stop and take random photos, which is really just a reason to sulk at the fact you feel unfit. Get home to realise the photos don’t make much sense… Hmmmm… Get outta me walking trail

Step 6: Search for support – So, your riding is balls, you’re tired, hungry and need to shit ASAP. Its time to look at peripheral elements to make sure things are going really sideways. I had a few things to choose from, but ultimately hit a winner with having my new and potentially expensive ENDURO knee pads start to re-enact a cheese grater scene on my knee caps. Sure, I know what you’re thinking “Wouldn’t it be better to have a mechanical to fuck things up?“. No rookie, it wouldn’t. A mechanical is like a cherry on the top, its far better to have done hours of research, e mailed people and then paid too much for something new to have it finger you on a shit ride. Basics.

Step 7: Cut and run – This is an essential part of rounding out the experience! Take your planned ride time and halve it. Yes, about an hour in, fold mentally at last and pull the pin. This is a critical step as it allows you ample ammo for self loathing while you’re having a fight about missing the key event that was booked post your ride (see step #4). Hang on, didn’t I say blow the ride time out in step 4? Yes, but remember: Whenever you say a ride is going to take an hour, it usually takes 3, so employ the usual tactics here:

Whatever you do, don’t ruin your perfect run by doing the best trail in the park and mildly enjoying it… Thats where I went wrong, finishing off with Luvin Shovels, perhaps even feeling mildly rad in parts as well, damn it: I did balance that out though with the feeling that I was going to lose the front end at any moment the front tire looked at the pea gravel… But, there was no denying that I had taken up residency in struggle street. With that drilled into my mind and with enthusiasm bleeding out of me at a fatal rate, it was time to pull the pin and slink home like a Tasmanian Devil with chlamydia (proof I did learn something in Perth).

There was only one thing to do… Go to the beach. #Dirtytip – Rottnest island is worth a rip if you’re in Perth, just be VERY specific about which ferry terminal your boat is rolling from to avoid you A) having to actually run down the wharf looking like a cunt and B) having 100+ people hate your face as you held up the ferry departure by maybe 15 minutes? Awesome. I see you sharks… Shaking those fins…

So, after nearly being deporting and another woeful riding performance, it was time to reflect on how to turn things around and wring some quality out of this mini training camp that was soaked in failure at this point, from a riding perspective that is.

As negative as I wanted to be, we know that Perth has a habit of producing Super Saturday’s, so it was a case of needing to keep calm and dirty on. Would we be able to turn it around and arise from the fiery pit of self doubt/loathing to get the shred on? Stay tuned for the Day 3 low down to find out and even better, some new zones coming direct!