Last week I proceed to bemoan the state of affairs for 2016 thus far on the Dirty Mission front… So, rather than bleat on like a roasted goat, it’s time to put some runs on the board.

My main approach for the summer riding season in NZ was not unlike a shotgun: Enter all the premiere ENDURO events and then work backwards as to how to make that all happen when you live 8,445km’s away. Yes, a case study in enthusiasm over practicality, not to mention cost management.

But let’s not let common sense get in the way of a good mission, instead its time to get back to NZ, back on the Nomad and answer the question: Can I get the ENDURO Mojo back?

In usual Dirty fashion, this trip is rammed full of potential radness and broken into a couple of parts. Time to drop the hammer on the low down.

Perhaps it was the burn of not turning a single knobbly tire during an NZ summer… Or perhaps it was the sting of the epic vistas being sent in via the Pioneering Rivets, but regardless, I couldn’t turn down the chance to head back to the South Island of NZ and partake in what I think is the longest (by number of days) ENDURO race in the Southern Hemisphere: The Trans NZ ENDURO Race.

Having ticked off the Trans Provence, its so 2016 to keep things Trans, so thought it best to nail the one in my country of origin. Not to mention, 5 days on the bike in race conditions is the perfect kind of immersion to get some dirt form back.

If you have 18 minutes spare, then you’re either a Hobo like me or you’re ignoring the person next to you… Either way, check out last years video recap from the Trans NZ team to get a dirty flavour on your lips of what’s most likely in store next week… Except fuck, I hope without the rain they had on Day 1:

It appears to be a general buffet of the best that the lower South has to offer – Craigieburn, Mt Hutt, Coronet Peak, Alexandra and of course… Queenstown! Yeah, I know, a bit of comfort zone in there I expect, but I will massively bank that back on my return to racing the Nomad 3 down narrow trails.

But wait, just when you thought shit couldn’t get even more as #enduroasfuck, well, it massively can.

In most cases, the 5 day Trans NZ experience would be enough, but fuck that, let’s get our PIG on and make the most of this shit by doubling down on the NZ ENDURO… And, what do you know, it just so happens to be sponsored by Santa Cruz! The whole Eco-System is peaking out right now, as is the course map for the 3 days of radness: Enduroing all over the fucken show

Yes, you’re seeing that right… Day 3… CHOPPER uplift… And why is this so exciting? You fucken bet that I’m pumped, as I get to roll out this cliche line as much as I possibly can: 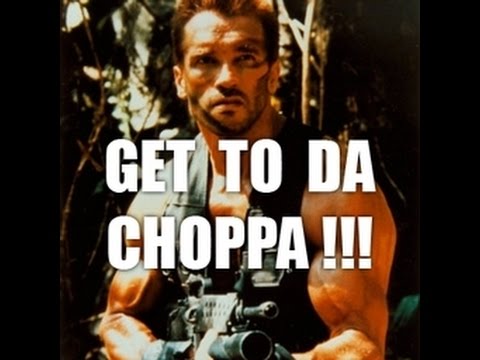 We’ve been waiting… For… So… Long…

That and of course, nothing says “beat it cunt” to climbing quite like a chopper uplift. Also, outside chance we may see a couple of PRO’s at this one in the lead up to the first EWS rounds (nothing to see here… Move along please). Slight issue of it clashing with Crankworx NZ the same weekend, but yeah, been there done that.

The rad part about this is that I’ve had Nelson on the Dirty hit list for quite some time, so its going to be good to get amongst some of its famous epic single track that I hear so much about prior to NZ ENDURO. Equally exciting, #soundtrumpets, this trip will see the return of a couple of DN Global Collective legends, Mad Marcus and Multigirl, not seen since the summer tour two years ago now.

The best way to prepare for two of NZ’s longest ENDURO races back to back? 2,800Km’s of Road riding and 2 XC style MTB rides. What a banger combo right there… Endurance shouldn’t be an issue, but TBC on managing narrow, high-speed, off camber and rooted as bro singletrack.

Whilst I’m partially ready to go, the Nomad 3 is fully set to return to the real world and continue its ENDURO assault. New drive train for 2016, once again rocking the Frakenbike combo of that those-who-shall-remain-nameless X01 cassette surrounded by the perfection of Shimano XTR with two big raging Fox stiffy’s at either end. Tweak me baby one more time: Do you even clamp your reverb bro?

Punching out of the #cHub tonight and Trans NZ kicks off on Sunday for 5 days, so stay tuned for the low down as the ENDURO cumback trail unfurls with its distinct aroma… Oh yeaaaaaah.