As I emerge from one of these mazes of excuses for not blogging/ranting over the past fortnight, a wider theme has been assaulting my senses as well as much Strava graphs… Its simple, its obvious and I’m sure that we all have to face this burden in one shape or another:

I know, I’m supposed to have #cyclingislyfe tattooed in my semi-artisanal beard and indeed, many of us would not only like it to be true, but we also feel the sting when Life rears up on its hind legs and proceeds to savage our cycling agenda and wannabe semi PRO dreams. 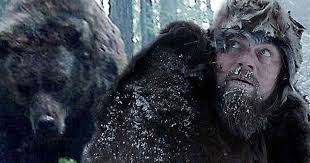 We’ve all seen it before, when you ask one of your struggling homeboys who’s been dropped or wears the wrong socks to a ride: “Sup cunt?” They roll their eyes, shrug and mumble “Dude, I’ve been LIFE fucked ya know?” We nod solemnly with a Yoda like calm, whilst thinking either “Pussy” or “Fuck I’m glad that’s not me, poor cunt”

And I have been pretty fortunate the last few years, broken neck aside, LIFE has pretty much let me get on with indulging my ADHD inner child on as much cycling I can manage until I ride myself into chronic fatigue syndrome territory.

2016 has been pretty much ok in that regard as well. There I was, rhythmically tapping my Dirty tip onto the forehead of my arbitrary annual target for number of KM’s ridden in a year, something none of us ever gave even half a fuck about pre-Strava, when all of a sudden, I fell off my volume binging (and blogging) cliff in late May… Ominous…

June is making my bars blue

Like a shapeshifter, LIFE wanting to assault your treasured ride time can take many insidious forms, or as the case may be, they amass for a North Korean like human wave assault on your precious ride hours:

Fuckbag work travel with that goddamned BLT on the in-room dining menu, Saturday morning sports practice changes, an overdue tax return, pissing rain, some money laundering complications, some cunt booking that ridiculous work meeting at 8.00am, Bike in for a service given they fucked up the last service, some sort of cuntbag PowerPoint presentation V0.47 due by Thursday, an in-laws visit, dinner on a Friday night with some fuckers who want to mess with you pre-ride night on the couch, losing control of your WhatsApp group chats and any number of mundane chores all want to line up to finger bang you…

Like me, this list literally does go on… And on… And on… For those of us that prioritise riding over spending time with those people that sleep in the other rooms in our house, we’ve become adept at utilising the same skills that any senior corporate manager uses as second nature: Duck, dive, defer and deflect.

Just like the best lie is the one you never have to tell, the best way to beat LIFE is to not engage with it. Not only does this save a lot of small talk (which can be diverted into a cycling chat group) and money (which can be given to Chain Reaction Cycles), but you can then master the art of not being sucked into shit that takes us away from our raison d’être: Turning cranks. “Well, if I do puke after that 20 min threshold climb, at least I will fit this Gabba a little better…”

Whilst we can’t be PRO’s obviously, motherfucker we can embarrassingly try and recreate the lifestyle as much as possible. My recent LIFE ambush used an old tactic, but one I should have seen cuming on me from a mile away. It introduced stress… No one thing in particular, just enough to make me have mildly crazy eyes.

But then before I knew it, my beard had gone from the ‘Bruce Willis on the weekend’ look to an ‘Is that an Estonia sex pest?’ scenario… Interval sessions were more like watching snails fuck and suddenly, I couldn’t even make it to Baker and Cock for a Danish without yawning and feeling exhausted.

After a mind numbingly expensive round of blood tests (“Its not me, it must be some sort of tropical cunthole bug”) and the Doctor wondering if I was actually the biggest drama queen he had ever met, I fell for it and walked right into the LIFE ambush, I cut back on riding… I gave LIFE the opening it had been looking for and like a pack of chemically enhanced eastern bloc domestiques, it took no time at all to pour on the pain and stringing everything out on the lower slopes of June.

Neck Minute, I am fucking rabid with everything but the important stuff… A 3 hour road ride starts to look like a Monument and the idea of a 2 hour post Jungle MTB cuntpedition is holding about as much appeal as a tiny hand massage from the Donald with a happy ending.

Well, yeah, fuck you LIFE, the Dirty Empire is planning to strike back and for the first time since Trans NZ we have some Missions planned, booked and paid for cuming up in June, July and August.

Yes, get your mesh top on and party like its a 2012 summer in Zurich. Stay tuned as I punch out of the #cHub and more importantly, stay vigilant to avoid being #lyfefucked as it attempts to eat your cycling buzz.