If you read the title of this post and the only words that popped out at you were ‘Tits‘, or ‘I want Tits so bad‘, then congrats, you’ve automatically qualified to join the DN Global Collective and I shall ship you your kit immediately. If you’re a chick and had the same thought, then you’re in line for a whole other treat and drop us a line at nomad@dirtyproductions.com. Alas, whilst I’m pretty sure I could do more than a few posts on that particular topic, today isn’t about that I’m afraid… Yes: BOOOOOOO.

No, oddly, I’m talking about amateur cycling teams and, by extension, amateur cyclists. I won’t be going on about the conundrum of cycling being an ‘individual sport based on a team format’, as that’s a bit boring, no, this is about team dynamics and more importantly touches on a phenomenon I have seen over the last few years:

Yes, it does happen… And no, I’m not talking about a christmas party that goes sideways after a few beers and ends up seeing team members drowning in an ocean of Russian strippers… Allegedly: 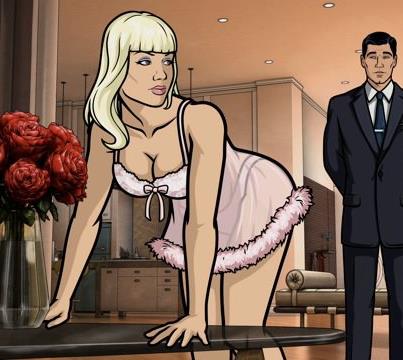 Before we get jammed down that rabbit hole, lets move straight back to how this all starts. Good question, how does an amateur cycling team start out in life? Well, its usually the following:

Like any new relationship or venture, the opening stanza is GREAT! Possibly even the best thing ever… Smiles, high fives, #bromance, excellent shit talking or jokes at the expense of the weaker members of the group and a combined euphoria at being in a team together. Your partner hates you as your rides are now 2 hours longer due to coffee stops that last forever, but you don’t care, you’re in a blissful team environment – Rejoice!

Enthusiasm and belief reigns supreme and this then starts to translate into golden race performances, winning, getting faster and just a general theme of cyclegasmic activity that gets everyone fully barred up. Its varied how long this will last, but like most sports, these things are usually cyclical right?

And then over a period of time, perhaps after a successful period of racing, or a a critical mass of fever, an idea takes root. Perhaps its only in one individual, or maybe its spread to a couple of members like an insidious or invisible plague. In almost 99.5% of cases (actual maths), the idea that has taken hold of its victim has no basis in reality. No one knows where this inception comes from, but I’m guessing it links to life decisions regret… Yes, people start to genuinely think that they are better than they really are… Or, to put it another way:

“So what? Who cares… You like to do things properly, have PRO gear and take training seriously“, says the inner monologue of opponents to what I’m saying and yes, I can see how suddenly this is as confusing as the new Assos shorts range.

Now, its important to note a distinction here – I am absolutely all for preparing like a PRO, as well as having PRO kit and taking a build up or training seriously. Don’t get me wrong, when its ON and there is a goal to be focused on, I’m in… To sound like a cheesy Linkedin post here: Dream big, have race goals and get into it. Where I think a line needs to be drawn is where this sails into weirdness territory and by that, I mean when it starts to impact others or tear at the very fabric of the team environment, which ultimately detracts from why the team came to exist in the first place.

Essentially what I’m talking about is simple: People start to take themselves too seriously and somewhere in the process, reality drifts away… If you’re nodding, then you’ve seen it before, or had it ruin a perfectly good environment. And here’s a good point worth noting as context… Once you get past 30, you have more chance of a naked lap dance from Kate Upton while Scar Jo massages your shoulders (among other things) than you do of being able to become a Pro-Conti rider, let alone a world tour PRO. I suspect its happened in a extremely limited number of situations, so much so it would be like booking a valentine dinner if you wanted to get them all together at a meal.

But how does this manifest itself? There are a lot of different symptoms, but usually infected subjects will start to display any one of the following important warning signs. Note – Usually limited to Road Teams and XC banditry:

Another dead give away that the cunt/zombie apocalypse is nigh in your team: Suddenly power meters are more important than team mates, why talk to your mates when your time is better spent reading your 10 second average power number… Throw in 10 individual training plans and you’re well on your way to a Kursk like implosion, so worth monitoring.

How do you deal with this phenomenon to stop it fucking up your cycling team, vibe and rides? Well, assuming that you want to keep the band together, its a pretty simple combination of Leadership and early intervention. The best advice for team leaders is pretty simple: “Try and please everyone, please no one” and its worth heeding. In most of these situations, its the cunts that not only make the most noise or generate the most problems, but they’re also the ones that usually don’t fit in any more, or that perhaps no one would miss (uh huh, just like at work!)

So, next time they come moaning to you about some weird agenda item that doesn’t seem to fit in with their reality that they’re destined for a PRO contract in their mid 30’s (like they got dropped at a training ride because they’re rubbish), just take a deep breath, exercise some leadership and firmly but politely, provide them this feedback:

I’m summerising obviously, but that’s the general gist of how this needs to roll. There are too many rad people, too many good rides and too many adventures to be had to waste any more time on having weirdness brought to your door like a Turd flavoured pizza. Save your time and energy for the good times and good units.

And here’s the most important point when you’re a team and its a bit rocky – Stop and remember why you started, look back and think about what the foundations were about and what motivated everyone to have an awesome time riding their bikes together… Luckily there are some good role models out there…