Once again I am in that dumb zone of having some good form (for me) and not being able to use it on races… Frustrating to say the least. So, whilst this won’t be the case at the end of October, in the mean time lets celebrate people who are putting their form to good use.

I mentioned it the other day, but THIS is how you achieve serious hero status – Yes, winning a 160km road race (avg speed 38.2kph, no hanging around here!) in Malaysia with a solo breakaway! Snozza smashing it for the win with no one but overzealous police escorts in view:

Even looks PRO… Against a tough field as well, respect the first Cannasia Road win in a while! Nice work team.

The oxymoron of a ‘fun ride’

Meanwhile in the mighty Wai back in NZ the Rivet boys lined up for the local Martinborough ‘Fun’ ride, which ultimately descends into a proper race with all the big names present. With good numbers the lads made a proper fucking nuisance of themselves in breaks, attacking and being at the head of affairs. Some good onboard shots here: 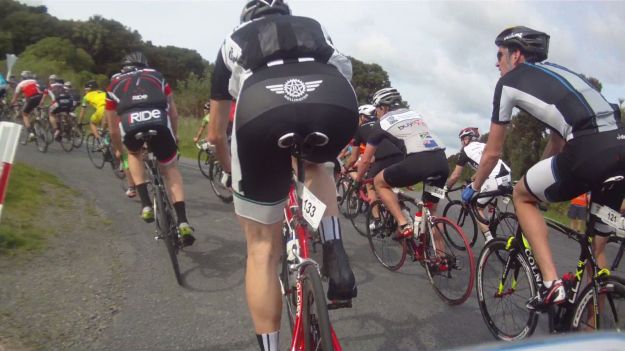 Here, one of the boys is stunned by the size of Dan Wannasmashyourlegsin’s legs, clearly there have been a few gym sessions going down:

“What do I do if he traps me between his thighs and flexes?”

Soon though, it will be finally be my turn with a massive stage race double header (VERY early warning, I am probably biting off more than I can chew here, with only 3 days between 2 big races, one in NZ and one in Indonesia!). Here is what is coming up as a sneak peak at the end of the month, the 5 Passes stage race – A touch over 600km’s in 4 days, righto:

Could be relatively bumpy… Rapha jacket may also be deployed

SO close to punching out of the UAE, blast off on Friday morning, should look something like this as I flee the desert:

“You’re not the consultant we’re looking for… Fuck, maybe it was…”