After the road trip mission through the desert (at night) to get to Hatta, it was time to make it count today with the first REAL ride in the desert (the F1 circuit didn’t really count to be fair). Did I randomly arrange this ride myself? No way… My adventure powers have increased in the last 4 months, but this needed some local know how and guiding.

As such, I had reached out to the global cycling network and Matt Kinch had been good enough to hook me up with Chris from Dubai who just so happened to be sorting this Hatta hell ride (which is not a regular occurrence), so it was super sweet lining it up. As you’d expect, a perfect looking day and not too hot even (fatal thinking):

We again managed to find some mountains…

This is what was in store for the day… Back into some reasonable climbing:

As lumpy as uncle bernie’s girls

How do you beat the heat around here? Check it – The dirty support vehicle that followed us on the ride (PRO): 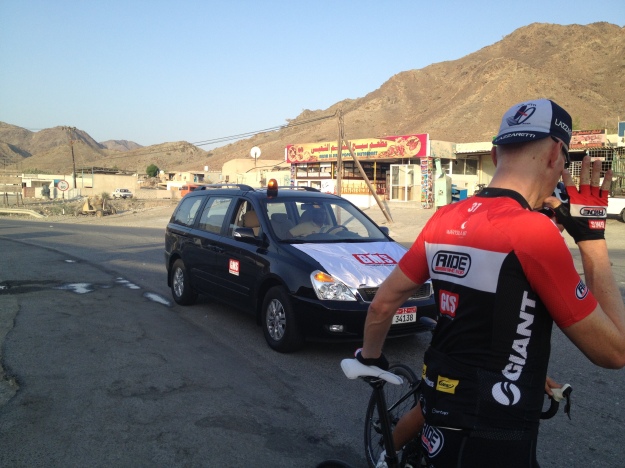 You mean I can have empty pockets whilst riding? Rad!

It occurred to me pretty quickly that life’s (and riding) experiences can come to you in a lot of different forms, and today was definitely one of those days… It took about 5 mins to realise that this riding terrain & scenery was totally different from anything I had ever seen before in my life! Here is a flavour… “These are not the droids you are looking for” may come to mind? 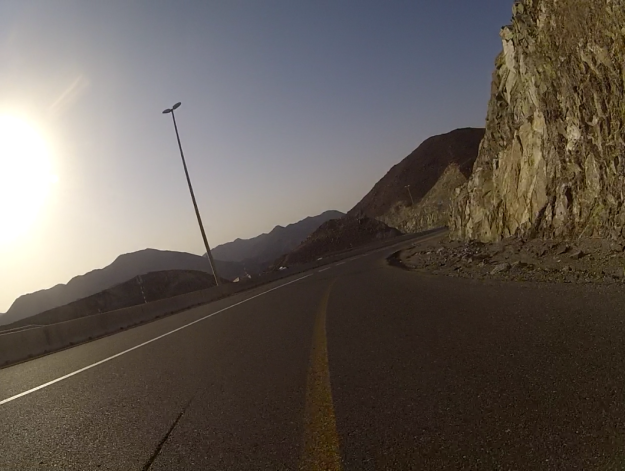 Its like riding on Mars, through a quarry that goes forever, the set of the first Star Wars movie, or any movie you have seen where the planet has been wiped out by Nuclear war… That may sound uncharitable, but it has it own weird impact on you. Can’t really call it beauty per se, but its so different its captivating (later on you realise its just a massive pile of sand and rock, so the romance is fleeting). Fair share of wild life today: 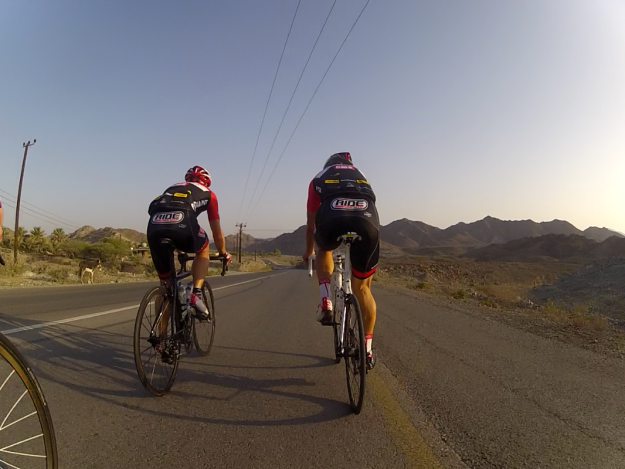 The first half of the ride was pretty good and I was fine… Sure, I been through a drink bottle every 25km’s, but at the 50km turn around mark I wasn’t feeling too bad. However, it was seriously heating up and the climbs on the way back were a LOT harder. This is where came rapidly unglued.

First a note on Chris – You have all seen this before… But to sum it up, Chris is the Dubai version of Clarso or the Lizard. Short haired, experienced, no excess and rather fast/hard as nails. I got to be on the receiving end of him saving his best to last and me grenading myself through stupidity.

My mistake? Well, I have been riding a compact set up for 4 months or more now (34 x 27) and have been loving the climbing with it. I turned up to the UAE thinking it would be all flat, so fronted with a 39 x 25 first gear… Fuck me, it came rushing home to me like a cat with a severed tail on a 13% gradient in 40 deg heat that I was no longer capable of turning over such a gear – Result, dropped like a very overheated turd: 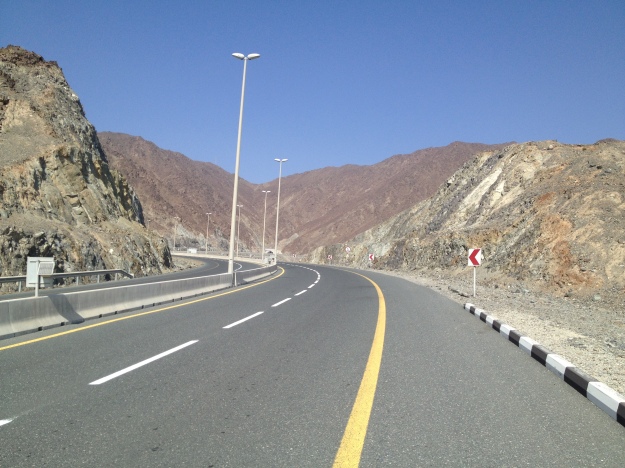 I can say a couple of things at this point:

“Yeah, its 40 degrees, but still a good idea to wear my Rapha undershirt… Its a kiwi thing” 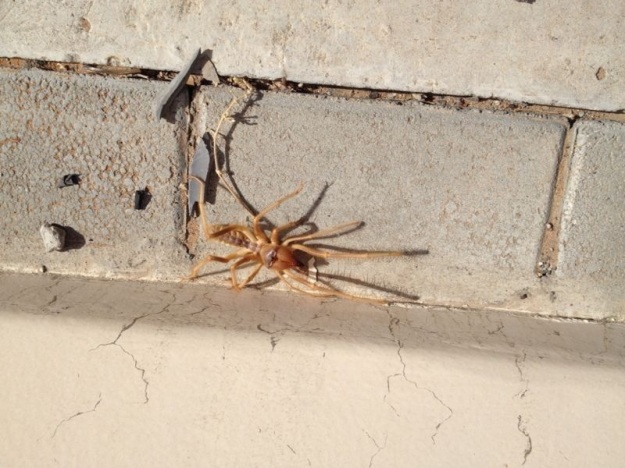 WTF… The biggest spider ever?

So, for the last 50km’s I went through a bottle every 10km’s! I have never been on a ride where I felt thirsty the entire time. As the saying goes, if you’re thirsty, then its too late… Well, I must have been fucked then, as I couldn’t take on enough. At 40 degrees and the gradient counter showing 12% at times, it was a rather challenge last 15km’s back to the hotel! I was VERY glad to see the finish: 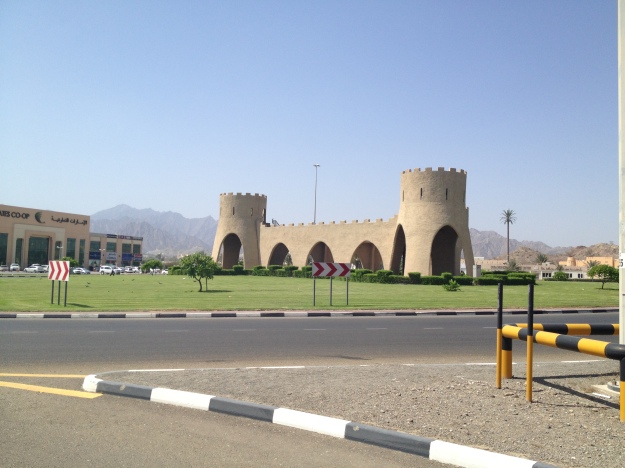 Forts are rad… and in huge supply here

A massive thanks to Chris and the boys for tour guide detail and a unique day out. Also got a hard training ride in, which was a massive bonus.

A few quick stats on the ride:

After drinking as much coke and water as I could manage before my world famous gas took over (gel fuelled no less), it was time to jump back into the Dirty Explorer and continue our road tripping action – Next stop, a visit to Fa-Jay-Jay. Ok, so not its real name, but the best way to pronounce it. The best way to describe the road to Fa-Jay-Jay? Desolate:

Please… do not break down out here FFS… 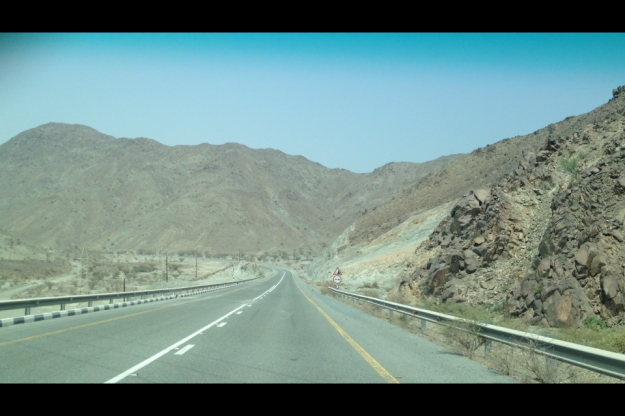 Planet of the Apes anyone?

Aside from its promising commercial real estate opportunities, Fa-Jay-Jay was a bit of a let down to be honest, not only could we not find the Maccas for a McArabia, but we also couldn’t see Iran from the ‘beach’. Nomad travel tip – Give this place a miss (translation: Shit hole):

The ‘Teacher’ surveys the scene and is unimpressed…

Time to hit it and get back on another multi billion/lane highway to V8 smash it down to our next dirty road trip location – Dubai! How about some sand on the way?

Fuck being a camel

Finally… There it was. Dubai and the tallest building in the world. Yeah, its pretty tall…

Tom Cruise is a pussy

Full low down on Dubai tomorrow, right now I have about 4 hours sleep before I have to get up to hit the local Dubai saturday ride here! Its a desert double up… So I am off. However, not before I prove that the McArabia is REAL. Oh yes, sweet Arabian Maccas, get involved: 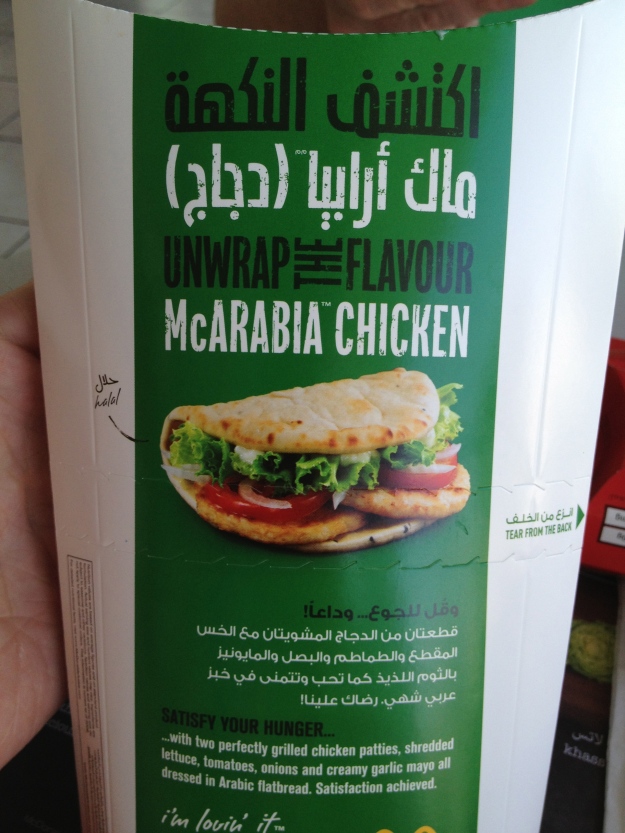