So its a little over three weeks now since I munted myself into unforgiving Filipino road, had the trip from hell, was rebuilt with more Titanium than an F-35 and essentially said goodbye to any more riding and racing in 2014. I don’t have a lot else to talk about, so its a little #road2recovery rant.

The hard part (aside from the hospital bill) is when you wake up one day soon thereafter and realise that its not just going to go away… Having never really been injured before, this is a unique and bizarre experience. Even with road/gravel rash you can patch up, take a couple of days and then keep riding. However, being really actually broken means that you’re no longer allowed this luxury. Your duvet of invincibility has been shredded and you’re left hairy and nude to ponder what to do next, or, how long it will take until you can go through that morning ritual of gearing up to go for a ride. Yes, there is no easy fix at the moment…

Tell it how it is Bob…

That’s right, its still there… Hasn’t magically gone away after a few hours in Wolverinesque fashion and dashing any hopes that you may secretly be a dormant Terminator. You’re still broken and its still going to take a looooong time for things to come back to normal. Even more troubling than this is how quickly your Strava account starts to resemble that of a CEO’s, I can’t recall mine EVER looking like this, but alas now it does:

“Awesome dude, did you just sign up for Strava? Its so cool, they have segments and shit…”

The best thing to do is therefore face reality as quickly as possible. Have you ever been in a meeting at work with fuck heads who won’t face the reality of their situation? They continue to annoy you and others with delusions of an alternative that isn’t there, or push their bad ideas when its the last thing they should be doing? Yeah, you know the one… Frustrating. As such, when you move into Gimpville its best to just accept your fate and that you’re going to be a resident there for a while, as hard as that may be. The upside is that you’re allowed to get a new cup to reflect how its all rolling, just to make sure there is no ambiguity: 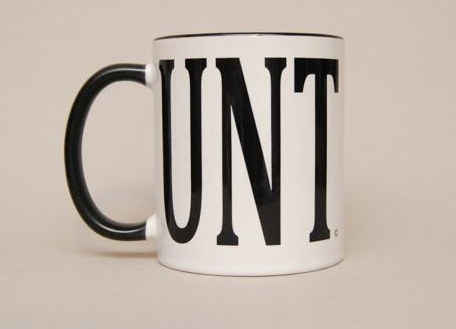 I know I’m only 3.5 weeks into a recovery that will apparently take 12 weeks in total, so a fucking long way to go and whilst I’m not going to turn DN into a drawn out blow by BLOW of my recovery, a few things that have surprised me as I reflect on the last few weeks and the road ahead:

Yes, I know it shouldn’t have really been that much of a surprise, but I had severely underestimated both the volume of difficulty of the rehab and physio work required to get unfucked. Every time I have been ‘injured’ previously, it was all back on track in a matter of days, perhaps a week at the most. No drama, no complaints. This time is a whole new bike game.

The area that has freaked me out the most is my muscles, surprising really given my T Rex arms, but man, aside from breaking bones its the muscles that seem to be really suffering. Turns out when you sit around doing nothing or keeping them locked in one position, muscles get madder than a GF who’s been told the ride is for ‘an hour’ when its really 5 or 6. Getting that shit sorted out is painful and takes a lot of work (on both fronts). I reflect on this realising that my ‘rehab’ isn’t nearly as bad as what some people have to go through, which is a freaky thought. This isn’t a ‘how to’ post, but my only advice is that when injured – the sooner you can get into rehab, the better.

Whilst gimping around trying to open things one handed and failing like an ADD child, the other reflection that I’ve had is about a particular group of people that get injured like this regularly:

Lets forget the mental set back a PRO must suffer when they break shit, I’m still wondering how they get back on and keep racing… I respect that in some of these historical feats (Tyler Hamilton in the Tour) they were loaded with enough EPO to choke a donkey and rammed with illegal painkillers, BUT, still its a pretty insane feat to want to get on a bike the next day, let alone actually ride in the PRO peloton. How I feel three weeks after the event is about as far away from wanting to race a bike as you can get, so I hold a new perverse and confused wonder about why anyone would want to get up and keep racing with a broken collarbone.

So, its back to sitting around, watching all the TV series that I missed over the last few years, sucking on calcium tablets and counting the days until I can ride again to really start that Trans Provence 15 build up… The upsides? Aside from a much overdue proper rest is the Nurses… Don’t listen to the rumours, this is really how they all are:

“Mr Nomad, if you’re going to be Dirty again we’ll have to give you another sponge bath!”

Congrats, if you believe me, you’re not uptight! Good news.