Man, slow week… Yawn… Like, mega yawn. So, with nothing going down, I decided to turn on the main reason that I am still stuck indoors on the Wahoo and savagely convert it into blodder (blogging fodder, fuck, who doesn’t love a new word), in a marginal attempt to inform and answer queries that have been popping up on Lasik Eye Surgery! Actually, only one person asked, but given in modern society we do lots of weird shit for small groups of moaning people, I figured it would be ok.

Millions of people have had this done, so its not like I’m an intrepid explorer on the laser eye action, but I do promise to give you a low down largely devoid on clinical facts or explanations and instead described through various OCD’s, narcissism and innuendos, so at least that should be a first.

Ultimately my motivation for Lasik was due to the advent of Selfie Sticks. With these things proliferating, its clear to me that we have reached a point of cuntery whereby if there is a higher power, they are currently planning the end of days using either robots or aliens, or most likely a hybrid of the two. Who the FUCK wants to be walking around the apocalypse with either broken glasses or trying to find contact fluid? Pass, not me, armageddon could come in any shape or form and you need to be able to see it to have a chance of surviving: With a few Majito’s, one of these is way more lethal than the others

Lets get another thing out of the way upfront… Much like getting rimmed, Lasik eye surgery is one of those things you do and then instantly think:

Its pretty much the standard response for most people… I think one can console themselves with the fact that if you’ve waited, you now have the luxury of course of shit hot technology and advances in science that mean not only is it a lot less painful, like, no pain, but its also more accurate and well, just better. My pathetic and weird excuse was that I didn’t want to have the time off the bike… Yes, I was so obsessed with riding, that I resisted taking a month out to nail it. Retrospectively this is a bit weird, so let my OCD serve as a lesson – Take a break and get it done if you’re on the fence.

Now, it wouldn’t be a “I’ve done it once so I’m a fucking know it all” post without some numbered lists and anally retentive paragraph structuring would it? I shall not disappoint…

As you’ve probably guessed, this is the most important decision you’re going to make if you decide to go down this path. We’ve all probably heard of people going to Thailand for plastic surgery (fucking WHY?!), but in this instance I would suggest that you want to hunt down the best/most well regarded motherfucker on the scene.

Next of course, as the Wolf will tell you, is equipment. You want to find the dude with the mothefucking XTR of Laser weapons: The SCHWIND AMARIS 750S. Fuck knows what that means, other than there is a 98% chance it was built by a German who most likely had an Uncle that spent some time in Brazil at some stage. Basically its a beast, looking something like this: 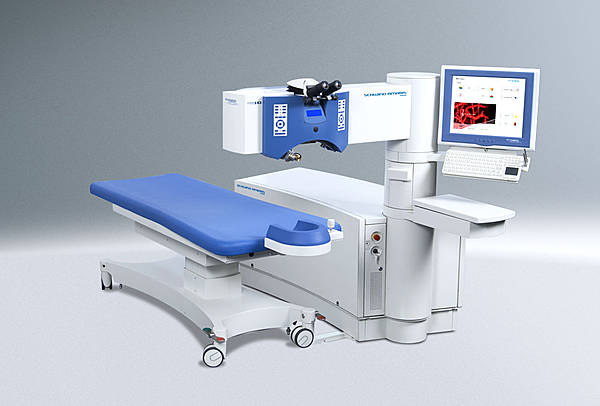 So, pick a clinic that has the MF Firepower and tech to get the job done, but also make sure they’re not total cocks. Most countries or industries have reviews on line of course, but its also worth asking around to get human intel on who people recommend. Everyone I spoke to hit me back with Dr Jerry Tan in the Global Hub and as it turned out, he was the MAN, so goes to the old adage that word of mouth is usually the way to go.

No matter what town you’re in, there will be a couple of PRO’s, so sniff around and work out the top 3, then scope out and see if they have ever fucked it up. Chances are not many have, but I would put this expenditure in the ‘Car Tires’ category, as in, don’t fucking skimp on that shit as its important.

Ok, so there is a bit of this… Before, during and after… I’m not giving a dirty blow by blow of it all, but my overriding recommendation is to set aside say, a month in total to clean this thing from assessment to post op. So, if you live somewhere cunted by winter, maybe aim for that portion of the year. Or, you could just wait until you give yourself multiple fractures and are reduced to gimping around like a chocolate milk whore, watching with bitterness as cunts steal your KOM’s on Strava day after day while you become addicted to monster truck racing. Or not.

Some highlights of the faffery involved:

There is of course additional faffery and fucking around, but best I elaborate on that below…

Well, two big days actually… Yes, most places will do both eyes in one day, BANG BANG, but my dude split the eyes over a week, doing one each Friday. Turns out he was the only guy to do so and does this based on safety (no arguments there) and also it allows him to tweak the second eye if needs be, based on how the first one reacts.

Either way, at some stage you will find yourself in a room awaiting to have the lens of your eyes cut by a laser, peeled back and then have someone fire the Ion cannon into them. Awesome. And this is the point where I will be semi serious for a moment. In spite of the literature they give you and your own internal thought process that it may go wrong cos you’ll freak out and end up blind, the whole thing is actually a massive, big, fat anti climax. Yuuuuup, you can get yourself quite geared up, but then the next thing you know, Bang, part 1 is over and then Boom, part 2 is done and you’re kicking it in a sweet lazyboy chair listening to a bad remake of Enigma music in the recovery room.

Ok, so its not that straightforward, but I was surprised as to how easy and quick the whole thing was. I think it took 11 seconds to create my FLAP and then another 11 to 15 seconds to zap my eyeball back to eagle like vision levels… Fucking get some of that! In fact, when I consider all the before and after faffery, the actual op is the least of your worries.

Oddly, I was totally zen like a cow in the meat works before the first eye, then went into the second one thinking I was PRO and apparently tensed up and was a bit cunty (so said the feedback), which is fair as for some reason second time around I was a bit more tense and struggled to stare straight. Staring is a key component of course, so worth some practice. When they say look through the green light and don’t move, they REALLY mean it, so staying calm and still a plus.

After kicking it for an hour or so post LASER time, its off home, obviously you need someone to handle that part for you, and then for the best part… Sleeping pill induced coma time… Nothing better than taking that little pill and tapping out like Cheryl Tunt for a few hours. And then no BS, you wake up 4 or 5 hours later and guess fucking what:

I’m talking like, standing at the window looking out giggling like its the first time you’ve seen an awesome sunset, or something equally as, well, awesome. Yes, its almost freak show in nature as to how good it is and hey, you’ve still got a contact lens protecting your eye in! Its a bit like you know the lap dance was awesome, but there still more… Er… Never mind. Vision continues to improve as well, the next morning its even better and as the eye sorts itself, its a mind bending improvement trajectory for the most part.

Oh yeah, for a couple of weeks you look totally cunted at night time, due to the need to protect your eyes from rubbing and to keep everything niiiice and moist… Allow me to elaborate… Kind of wanted to look like robocop… Yeah… Nah

WTF… Did I really post that pic? Anyways… From this point on, you just have to be really fucking good at putting eye drops in: 4 different kinds about 8 times a day, honestly the hardest work I’ve done in a long time. And you need to be regular on that shit, as these are antibiotic drops etc, so not something to be fucking up.

Showers are also faff, no water in the eyes etc, no rubbing the eye blah blah, all things worth avoid so as to not upset recovery and prolong bench time, as you also can’t really get outdoors on the bike and risk things for a week or so.

4. Some tips or suggestions

The best part? Adios contacts, contact solution and glasses! Away games will suddenly become a whole lot easier for you if you’re into that scene as well… End result? I am SUPER stoked with my new vision, which FYI is one line better than perfect on that cunty chart that used to make you feel like a fool, so a pretty cool result thus far and better than I had anticipated! Still some healing and settling down to be done, but so far its all good. Ok, one test to come of course…. What was all the hassle and cost about? To be radder… Lets see if it works: I think its a solid tie between overly obvious sexual innuendo and Star Wars puns for this post, but navigating through all that and the Dirty Recommendation is solidly in the DO IT NOW camp for Lasik… Birthday present perhaps? Arnie totally agrees: