With the vast and unrelenting torrent of Trans Provence frothing, it was easy to overlook the fact that I racked up more than a few weeks in Europe prior to the race. Yes, it was a slightly strange arrangement that saw me driving back and forth all over the show (quite possibly 3,500km’s) in a manner that means I will never be asked to become a professional tour planner.

But, I did get to see some pretty golden places. So, in a format that will appeal to those that like summaries or the Airbnb app, here’s the Dirty wrap up and run down of where you can visit, ride and stay. Worth noting that I did this trip in a manner that will have hairy accountants everywhere vomiting on their calculators. Then again, price is all relative to the value you feel you’ve got…

TP HQ and stop one on the EuroEnduro tour, everything I had heard about Sospel was massively reinforced when I got thrown in its wicked deep end with Davide the ENDURO monster. If you like good weather, dry trails and brain melting descents then it needs to be on the list: Awesome if you’re into sunburn

I’m not sure why I’m not moving here ASAP… It appears as though they don’t really have winter either, so really I’m super tapped out of excuses to not be living in Finale like half the rest of the ENDURO world it seems. Stop 2 on the EuroEnduro tour and yes, I insanely love this place and would put it right up there on the MUST DO list around La Thuile. Get the shred on, then get the sand right up in ya crack (best said with an Aussie accent): 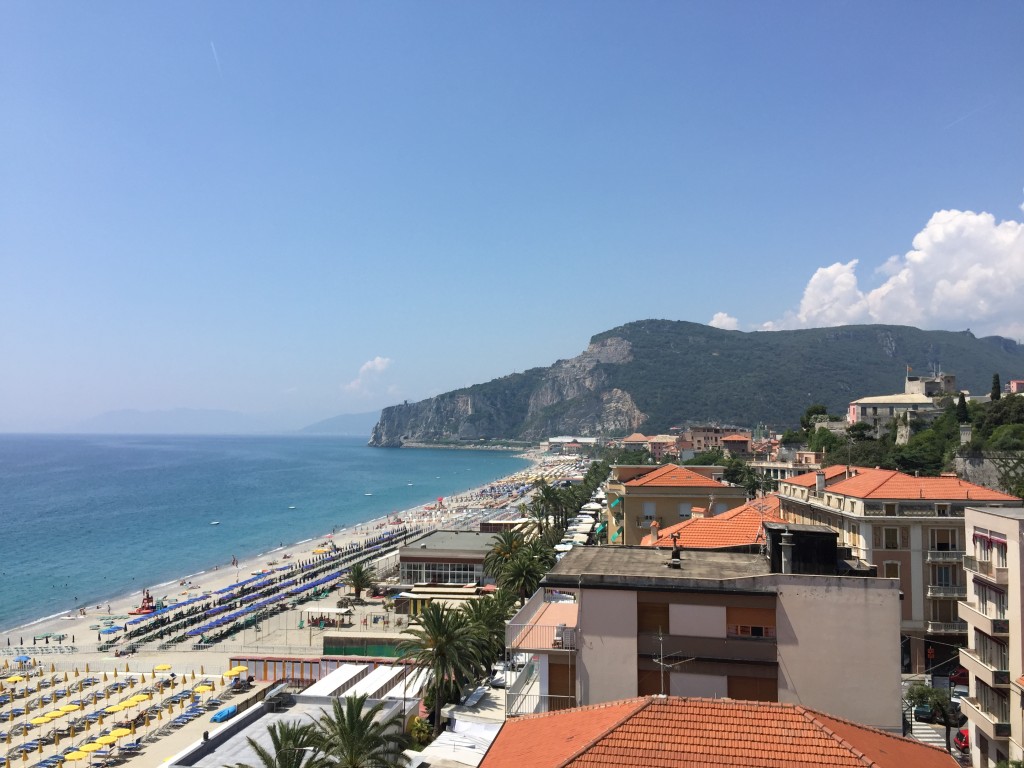 Better than Disneyland even

The third main stop on EuroEnduro and admittedly, an extremely random one. I don’t suspect anyone else would come and ride here, so don’t rush around trying to find your “fuck I need to shred that shit” list to write it down. Also, no one knows how to pronounce it, so simply refer to it as “Some place starting with ‘R’ about an hour from Nice“. Ah, random little Roubion… Its like a poem or a love letter this place… You can easily accuse it of being charming and it melts the heart as well. So, in summary if you want to get laid, bring the target of your conquest here: Quite literally perched on the side of a rather imposing MON TON, roadies would love it up here, but its also got a lot of MTB love going for it. After all, there is a bike named after it and myself, Herr Doktor and Das Wolf have all pinned it through these streets, which also acted as the funeral procession for Wolf’s Tallboy LTc, yes, Roubion was the place where we confirmed its weight tolerance limits: Not a place for your Skoda rental car

Terrible… Don’t bother… Unless you have a penchant for smoking and Russian lap dances. Stay in the Mon Tons… Or, go somewhere with a touch of class…

Voila! Speaking of class, A somewhat random find and nothing at all to do with ENDURO, I found this seriously cool spot thanks to the Real Fresh Prince of Wales, who knows a think or two about wrapping a scarf around your neck and then casually wringing the fuck out of a Porsche one handed through the French back roads to arrive at what was pretty much a French paradise: Continuing the theme of indulgence, I knew that with 8 days of camping on the cards, it was only fair that I treated myself to one final night of palatialness before squeezing into my Asian sized sleeping bag (thanks Northface you cunts). I randomly looked for a place halfway to TP Camp Zero and thanks to the power of a high-end and discerning website for accommodation cunts such as myself, found this action in the Luberon Valley: Ohhhhhhhh… Yes I did fill my ENDURO boots with this Nek level comfort action. Hanging out in the Luberon Valley in June is pretty fucking awesome, probably better if you’re old and like grapes, but as a stop over point on your way to extreme radness, it did a stand up job of helping me to chill and charge up for what was ahead. If you can’t relax here, chances are you have bigger issues to attend to: I won’t bother going into all the villages that TP visited, mainly as I got there around 7pm each day and was so tired my sum experience of each place was eating dinner, cramping as I tried to get into my tent and then running around looking for a toilet in the morning.

I think the bigger problem going to Euro in summer is where not to go… You’re literally flooded with options all over the show, so trying to limit the scope perhaps the hardest part of any trip planning. Next up in the wrap up series: The EuroEnduro gear rant!