So, a week of working was enough to blow me out and require some R&R time at the beach to recover and prepare for Shredpocalypse II… Now under a week away. But, even though I have only been on the bike once in the last 10 days, there is a shitload of randomness out there to bring together today. To start today, we have a video… A video about why Mountain Biking, Mavic and, er, Mountains are fucking awesome:

So, I probably wouldn’t have dressed everyone in green like that… but, a pretty fucking cool way of wanting to make people buy your wheels, so kudos Mavic. Works on me as I have two pairs. Clearly being French and riding in awesome places a strong subliminal combo.

Speaking of French awesomeness, how-fucking-good-is-this-fucking-TOUR?! Its been epic across the board and is set to continue that trend. One of the best things so far has been the confirmation that the Dirty Hero, Nibbles, is rocking the same Bar/Stem combo as the Dirty training bike. I just need an SRM and a Specialized and I’m set:

Still massively impressed by how he rolled on the cobbles… Not only dropping specialists, but also punching out more power than your usual mountain stage, so shit must have been epic that day. My favourite photo from legendary Stage 5 is this one of the attack he threw down to smash away towards the end: 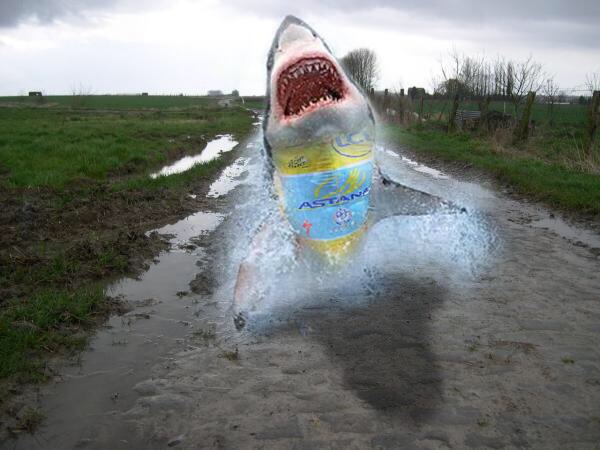 Add to that his tactical brilliance in giving away the jersey to give the boys a rest and you have an all round legend. I am fevering for him to hold on, mainly as the really hard stuff is to come and I know Cunty will be giving him full beans on Stages 17 & 18 in particular. For Cannondale fans, Sagan may be nude on stage wins, but the green jersey is looking good… Yip, This is absolutely the only reason why I am putting up this photo. Its totally about a shot of Mr S:

“Pssst, the Cannondale bus is the green one”

Things seem to be ok in Yorkshire… It was enough to cause bearded cyclists everywhere to get on the ‘Podium Girls’ Whatsapp group and discuss their findings:

Good to see I am not the only one with a bit of an unhealthy phone obsession. No Tour update would be complete though without reference to what Tony Martin did last night… Clearly a good stage for Tony’s generally with Gallopin snaring the Yellow Jersey gift. Good to have a Frenchman in Yellow on Bastille day as well. But fuck, mad respect for Tony Martin’s solo antics last night, I would have thought after last years Vuelta heartbreak he may have stopped such epicness, but it clearly takes more than that to deter the German tank:

Apparently a good day to be German

Got a bit of Tour fever? Well, here is an example of taking that to the extreme… The Haminator is currently in France with this Pistons that pretend to be thighs, riding the majority of the 2000 Tour de France course as part of a tour group, taking the Rivet jersey to new heights:

The Bacon frying it up all over France

Want to do a decent training block? Here’s is the Pork Meteor’s numbers from the first 4 weeks rampaging across France… Massively good volume and he’s going to be on fire for the North Island series in Sept/Oct:

Reeks of being PRO

Seems to be a general theme of Dirty Affiliates getting into the Euro action at the moment… I know some guy on a cut price bike is there at the moment and rumoured to be having a good time driving through the Pyrenees on a Vespa with his Garmin on, but lack of any real photo evidence. Also partaking is Roberto, but as per usual for a spy, the only shot we have been able to get is of him staking out a backpackers, pretending to be casual about it:

Mission Impossible 6: Riding the Alps with Clarso on no training… If any man can do it…

Deciding to buck that trend, the Belgian national champion has made the call to head to a different desert to get a head start on the CX season, not to mention post some new PR’s on the worlds most unridden Strava segments, doing so on a newly acquired ex-Wolf machine, just needed to remove the safety stickers and it was good to go, SHAM bolts aside: 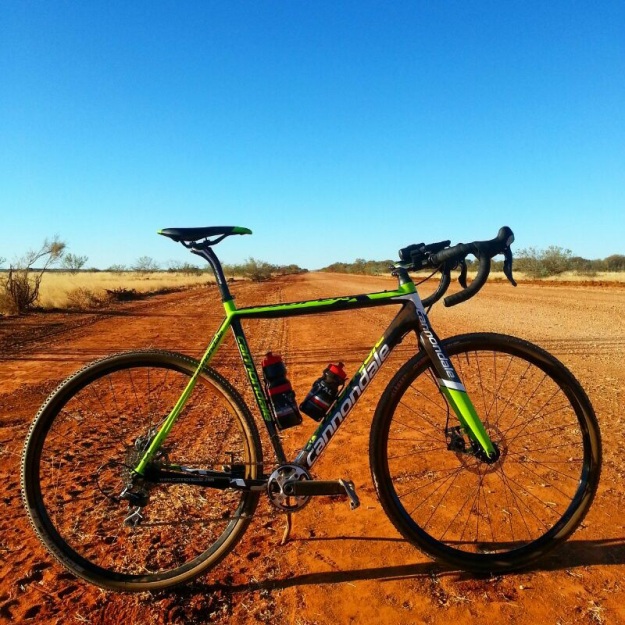 Disc brakes are perfect for all the big downhills

On the topic of new machines – Last DRRU I reported the untimely death of my Black Ops Evo. Yes, cracked after 3,000km’s and general disappointment that it was about to be consigned to the rubbish bin. Well, here’s an epic story of getting shit sorted out ASAP… It was replaced in 3 working days with the latest model… No BS, no forms to fill in, no questions, no debate, no fucking about. BANG. I have to say I was prepared for a much longer wait, so to be able to have the new one walking out the door post a week of being away massively exceeded expectations. Well done Cannondale and Cannasia… You could even say its Gold:

No discussion on new bikes would be complete however without reference to the Deity of new bike acquisition, Das Wolf. Last week we made reference to the new SC Solo, but that’s now been eradicated to make way for the bike everyone wants right now, the Nomad Carbon 3. The biggest problem we all face? Colour selection…. No green unfortunately, so we are being made to choose between Aqua and matte black.

And on that notion, its 5 days until lift off to the highly anticipated next mission in the DNNHST, Shredpocalypse II. I am getting back to preparing for it by doing absolutely nothing, my tactic is to stock pile rest before getting shredded to pieces by the biggest and baddest mountain around. Lets see if it works…