Things are obviously dire on the riding and traveling front whilst munted/gimped, but even worse than that there is a serious lack of material rolling in from our Global Affiliates due to winter/work/too busy etc etc. I’ve also been spending more time in rehab than Motley Crue in the 80’s, so not much to add that would illicit any interest.

But, not wanting to miss the spread of some Monday Randomness, I have squeezed the round up sac dry with some partially interesting, mismatched and weird updates to shower on everyone, Golden? Probably not… Especially when we start with some big BOX action.

This turned up recently, one Wahoo Kickr, perhaps the oddest name for an Indoor trainer, in anticipation of being able to get some riding rehab going. Yes, its an emotional purchase: They ask the right question: “What is in the box…”

As much as I don’t dig the concept of indoor cycling, I respect that its either that or zero for a while, so its a necessary evil. Apparently these are a loaner dogs nut sac as far as trainers go, so watch this space for a factless and miseducated review at some stage soon, may also coincide with me being sucked dry of any last semblance of creativeness or post material.

Continuing on the theme of big strange Boxes, (DODGE if you are nodding right now) there has been another one being rammed about town in NZ this weekend past, holding the secret ‘Doomsday Bike‘ in its cardboard bowels. Yes, the bike stashed away so that in the rare event that the world came to an end and I was able to Kayak back to NZ, I still had something to ride. This is my version of survivalist action, may not cater for the fact that food supplies would have collapsed, but at least I could get an Aka’s in. Priorities: Ango was stoked at the prospect of another Dirty secret project…

One thing about sitting around being unable to do anything is it allows unlimited time to look at all the shit you’re missing out on that people spread like bittersweet marmalade all over the social fuck sites, clogging up your attention span and reminding you where you ain’t. No wonder Fear Of Missing Out is such a contemporary disease. Case in point, the Enduro race held on the weekend at the Four Forty MTB Park south of Auckland. Ive had a mini rant about this before, it looks GOOD and appears to be getting better and better, its moving solidly up the list of places I NEED to get to (said in the most irrational manner possible) as part of the TP build up plans, this photo doing a solid job of selling its upsides: Stop in on the way to Rots perhaps?

Speaking of the TP build up, all the admin is now 100% out of the way, locked down, loaded in and every other militaristic way you can think of saying that we are good to go, just the small matter of health and then a rad 6 month build up to attend to now… Suspect I will need to go PRO again for a little bit at some stage to do this honour justice: A Mountain Bikers version of getting preggers basically…

No excuses now… Time to start planning that mental 2015 Calendar of Radness! Some of you may have already been lucky enough to get my “Please come riding with me and bring your first aid kit” e mails, I’m working my Dirty Black Book of shredders to get amongst it, as well as working out kidnapping plans for Das Wolf: 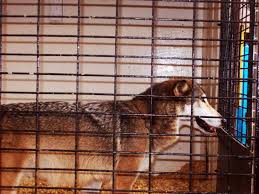 “Honestly, he said it was just a coffee… Where am I? Ah, smells like Rotorua honey…”

Speaking of working with animals, this photo grabbed my amusement by its rats tail this week, mainly as it showed once again that Horses are wise and noble enough to not tolerate cunts and dogs will do anything if you smear peanut butter on yourself… Photoshoots – Way harder than invading a neighbour and pretending not to

And finally today to round out the randomness, I am yet to meet a single person that either A) likes their job in Singapore or B) doesn’t want to slap people that put stick people family stickers on their car. I can’t help with ‘A’, but this should hit the spot for those of you that want to rear end every Honda CRV that you see with stick families on: Have a random week and stay tuned as I battle the two headed monster of no material and general writers block… Watching non-stop seasons of Californication not seeming to help my cause.