Well, here we are with the 150th DN Post! I never really expected to get to 100 posts, let alone this far, so we shall just keep rocking on! Thank you again to YOU the followers and daily readership who like to park up at your desk and say “Fuck you 10am meeting, its Dirty Nomad time”, keep rocking like that and I will do my best to keep you coming back to read more and indulge your ‘fuck my work’ attitude.

So, some exciting stuff to bring up 150… Lets start with the tinkering! Yes, I am not good at it, but have a bad habit of tinkering at inopportune times or at the last minute with bikes. So, yesterday it was a relatively straightforward mission that took an unusual turn.

Das Wolf has decided to sponsor the DN Summer Tour and play the role of Wolf Claus by providing an epic ENDURO upgrade for the real Dirty Nomad, yes, behold, the Cane Creek Double Barrel Air CS rear shock (what a name), it has BIG CANS and looks epic on the Nomad, check it: 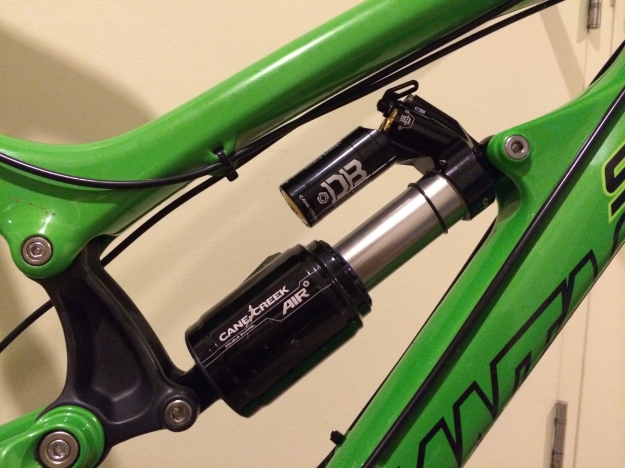 Granted, its still to be run in, but this was an opportunity that you don’t turn down, never look a gift wolf in the mouth (my what big teeth you have blah blah). So, it was down to the local Santa Cruz shop to have it fitted and, boys, while you’re at it, can you just check my brakes, they seem a little off… Some time later, I return to pick up the Weapon of Mass Shredding to be told simply:

“Your brakes are totally fucked man”

WTF?! Whaaaat… I hadn’t felt this panic since I saw that Wiggo has decided to copy me and grow a Rapha beard. How could my much lauded and highly DN promoted Shimano Saint brakes be fucked?! We’re not talking a cheap item here… I hummed… I haaaaed… I tried to relitigate their prognosis: “But, how can you be sure the master cylinders are leaking? Can you see the oil?”. I panicked some more… I didn’t have time for this.

Compounding this horror scenario was a lack of options for a quick resolution… Until the winner of ‘Good C*nt of the day award’, Han, stepped in to offer me a brand new set of 2014 Saint brakes while my ones got sorted out… Instant legend status and a huge win! So, massive Dirty Shout out and kudos to the boys at ReEvolution cycles for their excellent support and, fast mechanical work: 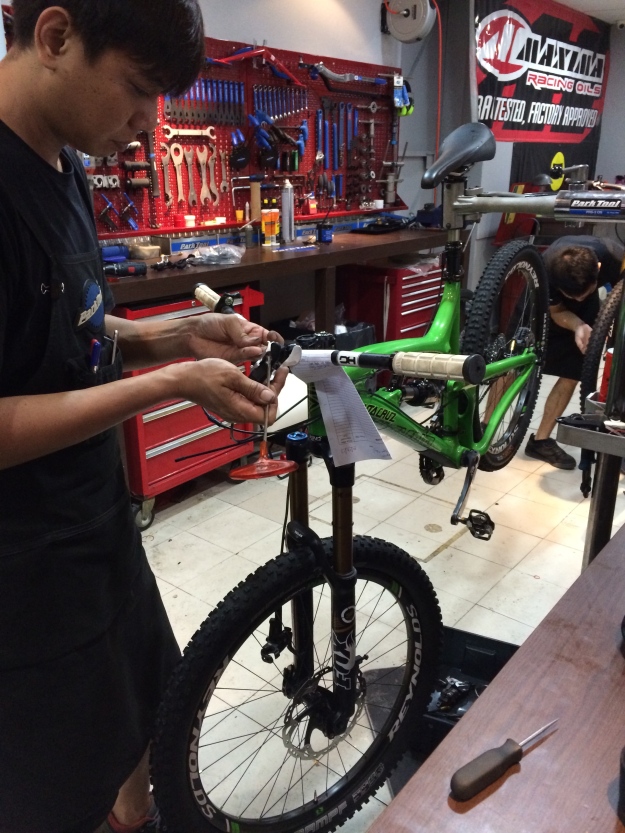 Ja Winston… Work your magic bro… Give me sweet upgrades…

Of course, nothing is that straightforward, with the new brakes not being compatible with the 2013 shifters… I do love you Shimano, but WTF on year to year compatibility?! HAI! So, I did what any parent would do with a belligerent child – Throw money at it… On went the XTR shifter pods: 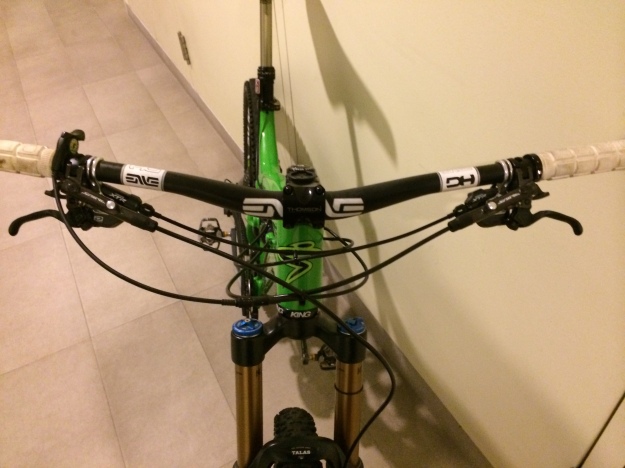 So, some time later and more cash sent the way of the giant bike expenditure cost centre, we have one massively equipped are ready to roll beast gaging for some summer tour action… Motto of the story? Don’t leave your high end mountain bikes alone in a cupboard for 6 months in Asia and then expect them to be tip top: 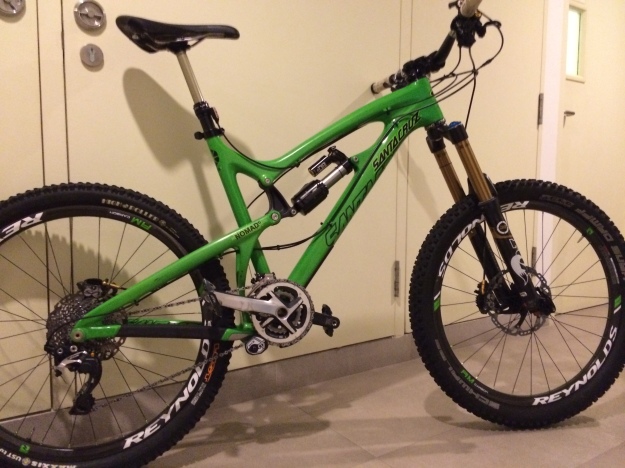 “I am NOT spending any more money on you, you’ve had a BIG day….”

Not only content with bike tinkering, I also spent some time tinkering with myself… wait, does that need to be edited out? Well, to be fair, I had some assistance… There is even photographic evidence: 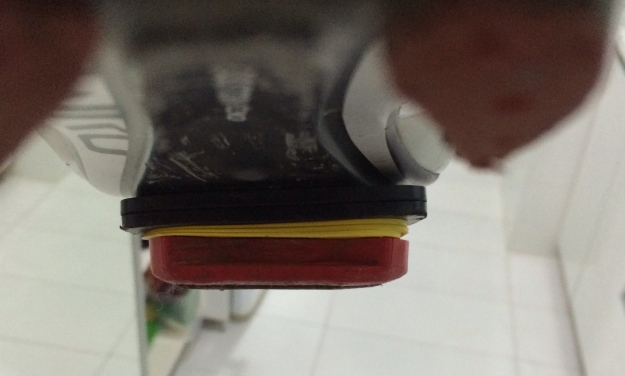 There will be two responses to people looking at this photo:

Well, allow me to elaborate. For some time now (possibly years, shameful admission), I have had an issue when road riding of my left hammy tightening all the time and my left hand going numb. This is something I just tried to ignore, manage, ride around and generally be an ass about. BUT, that stage one at Bintan broke me completely and it was so bad I committed to doing something about it.

Cue the entrance of Toby from Bikefit Asia, who I have been working with on bike fit and set up for some time now. Why didn’t we pick this up earlier then I hear you say to your monitor… Well, when we started, much like Marsellus Wallace said to Antwan Rockamora, I had one instruction: 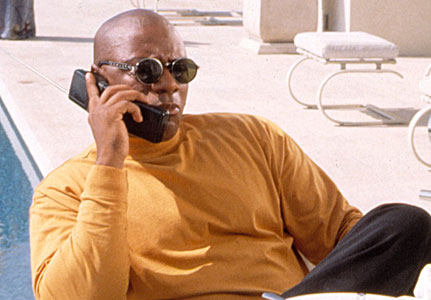 “Don’t you be touching no feet, you feel me?”

Well, turns out my issue was with my feet… and more precisely, with my foot rolling in causing a misalignment in my pelvis (feel Toby wince as I fuck up this explanation), hence the symptoms. I’m a fan of treating the fundamentals, so in went the yellow wedges you can see in the pic above… and… and…. and…

Hey presto! Like magic, riding home last night and this morning it has transformed my road riding! Left hammy doesn’t fuck out, hand doesn’t go numb and I feel like I am pedalling evenly. Yes, I can hear your A) scoffing and/or B) mocking as to why I hadn’t worked it out earlier, which is a fair point given I have ridden thousands of KM’s like this, but, its now sorted thanks to 3 little bits of plastic! So, huge Dirty shout out to Toby from Bike Fit Asia for persevering on this one and sorting it with the magic touch!

Motto of the story – Riding is hard, don’t ride like a donkey if its uncomfortable, go and get set up properly… and let people touch your feet.

Finally today – A Dirty Good Luck to the PANTHER this weekend as he takes on the Taupo Half Iron man, yes, I know, I shouldn’t be encouraging tri people here, but the man swims like a fucking Dolphin on acid and goes a bit like this on the bike: