Initially when I said to AT “Let’s go to Spain and France and smash some Hors bro!“, there was a pregnant with twins pause, and obviously a general reluctance to fist it out given such a classic every day language mix up. Given how some partners feel about cycling, perhaps its not the best sales pitch to use when trying to sell in a boys week of pure cycling indulgence.

But no, I’m not talking about what your CEO does on business trips after too many red wines and a ruddy face to match! That’s right, I’m talking about something far sexier and depending on your wheelset, even more expensive:

Which roughly translates from French as “Big climb that wants to fuck you up.” That’s right, this was all about hunting down and then having a crack at some Hors catégorie Cols. Also definitely not to be confused with Hors d’oeuvre. One has a mix of epicness and brutality that will determine Grand Tour winners while the other is a snack strategically designed to not stop you from getting fucked off your face on champagne at an event where you really should know better #Ididntknowitwasababyshower.

So, with the awkward “my wife hates your blog bro” innuendo scene setter complete, the whole point of Day 4 was therefore to take on the biggest climb we could find around the Banyoles neighbourhood. The most obvious suspect?

That’s its full name by the way and of course sounds way cooler when a Spanish person says it. I had only located it thanks to Strava and Gram stalking the fuck out of Matt, our local Banyoles kiwi tour guide who was taking a rest week to escort us around. For day four’s shenanigans I therefore loaded two key data points into our autonomous grimpeur unit: 1) Take us to your biggest Col and 2) Another day over 100km’s please. Matt was more than happy with both of those concepts… 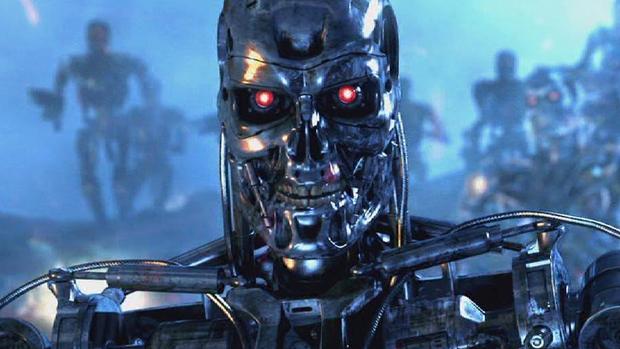 Fourth day on the trot and with another big day on the cards and I was suitably surprised and impressed as to how well my ENDURO chassis was holding up to the road rage as we set off. Almost immediately we spotted our first Hor of the trip upon rolling out from the pre-ride tiny coffee: If you’re into building anticipation to increase your levels of Hor frothing, then you’re in luck here, as you can see, you spend pretty much all of the 25km’s from Banyoles to Besalu keeping one eye on its sexy curves, weighing up how you feel and trying to decide just how hard you want to smash it… Or, if you’re more Rouleur than Grimpeur, just how much it may smash you instead. AT giving zero fucks and unzipping that shit before we’ve even got to the Hor: Keen

If you take it from Besalu, in theory this Hor is at the lower end of the scale coming in at 20km’s long with an average gradient of only 5% for its 965m of elevation gain. Or, as we say in ENDURO when we see those numbers: “Chairlift cunt?”

Based on how these two were rolling on day 4, I fucking needed a chairlift ASAP, it was hot (29 degs), the road was pitching like a cheap ferry and the racing sardines were Col frothing. I knew it wasn’t long before I would be solo and self loathing… We were attacking the Del Mont from the less travelled western approach, I’m not sure why its the less travelled route to be honest, as its vastly more interesting than the main way up. Sure, it has sharp pitching hairpin turns and the surface is a bit variable, but its laden with variety and its got more in common with an MTB climb I felt, rather than a road climb with long mundane sections.

While I was slogging from hairpin to hairpin, it was obvious my team mates were feeling perkier than a rebounding Taylor Swift. Yes, he was BACK, finally AT was freed from his jet lag and heat exhaustion prison sentence, and he celebrated by dancing up this Hor in the usual manner that I had expected from him, as in, minutes ahead and looking as smooth as a shaved otter covered in KY.

About three quarters of the way up you eventually turn back onto the “main route”, which triggered a re-grouping as the others clearly feared I would have used this as an excuse to descend back down instead of pushing on through the last 5km’s to the summit. I was just dismayed that there weren’t any sugary drinks at this point… “Its never too early for a coke…”

The boys pushed on as I quickly assumed my new cruising pace. 4 years ago on the Cols Classico trip Herr Doktor established the scientific baseline that 13.5kph was the generally accepted sustainable cruising speed for those of us on the trip that weren’t climbers, but weren’t total cunts on bikes either. Above that baseline and you started to burn matches faster than a pyromaniac teenager.

This benchmark has always felt fairly reasonable, until this trip however… I was now looking at numbers closer to 9 and 10kph, with that faint horror in the back of my head that one day, one sad and soul destroying day I would probably have to come to Europe with a mountain bike cassette on my road bike. This horrific scenario not helped when I looked up with a few Km’s to go to see my end destination, which appeared to be almost an impossible height from me given the distance remaining… Different vibe, but this still applies: Steeper than it looks

Before you get there though, you’ll be coerced into joining the lemmings by taking a photo of the most snapped section of the climb, its starkness and contrast from the tree lined route making it almost an involuntary moment when you reach into your sweaty back pocket to pull out your wet iPhone for the mandatory pic… Before anyone complains about it not being a bluebird day, there’s no need for such gripes given it was still hot as fuck and that thin layer of fluff was the only thing that stopped me from being incinerated as I ground my way to the summit. Originally we had wanted to get into the Hor smashing on Day 3, but Matt had persuaded us to hold off given Del Mont had been clouded over. A quick breathless scan at the summit confirmed this was sage advice: I think there is #oldshit to look at up at the summit, but we had more important things to do like take Insta Bangers and contemplate the big questions you ask as a road cyclist every time you get to the top of an HC climb… AT looks on wistfully, trying to work out how he’s going to ditch that last 10kg’s… #roadielyfe AT rolls out the happy mouth for the occasion

With no sugary drinks in sight at the summit and our Gram bangers posted, it was time to drink in the 18km DH down the more traditional side of the del Mont to get on with part 2 of the ride. Dropping in off the summit reveals the full grandeur of the surrounding plains. A lot of competing views on the way down

I didn’t mention it in the Day 3 post, but Herr Piggy is quite good at going down, it is German after all, and combined with those sweet Wheelworks Maker discs, it doesn’t take much encouragement to go feral quickly. As such, with this heat and my ENDURO physique, its quite nice knowing that I was punishing little disc rotors and not my rims when we tackled the various hairpin turns. Piggy in its element

Its pretty fucking scenic rolling off the Del Mont, with some big ass high speed sections where you don’t need to provide much human contribution to keep things rolling. Not the smoothest descent in the world, but its rather enchanting and its not unreasonable to expect naked harp playing road angels and/or David Millar to ambush you as you take in the serenity. How the fuck is it?

But wait, it wasn’t over… Hell no, with a ‘rest day’ looming on Day 5 and with a chance to hit the triple on consecutive 100km+ rides, Matt had already plotted an additional loop back to Banyoles to cash in some extra credit.

Little did we know what an absolute banger this was going to turn out to be. Draped in summer, pumped on riding in Europe and on roads that cars seemed to have forgotten, we got busy sucking wheel and savouring what was on the menu. “Are these two old dudes ever going to take a turn on the front?”

Seriously, I knew it was going to be good, but this riding north of Girona was blowing my mind, especially given I’m a fiend for variety… This was serving me up an all you can eat Gelato buffet of it and I was more than happy to lap it up: Can’t make this stuff up Beautiful trees, undulations, constant turns, beautiful gradients, fast, smooth, no cars, no real wind, hot, ever changing scenery and no one making me take a turn on the front… Ohhhhh… Ohhhhh… Roadgasim! I know I’ve turned into a giant froth monster here, much to the horror of the ENDURO Brah crowd, but this road action was seriously next level. Not only that, its probably the first time all year I haven’t physically felt like a total cunt on the bike. 2016 has been an odd struggle, but I felt alive again as this Spanish goodness whizzed by my foam covered grill.

Fuck me, it even turned out to be the third day in a row over 100km’s and 5 hours of ride time. This shit was getting real! Or, as the locals like to say: “Nice warm up” Halfway in and some mega solid days in the bank, it was time to chill and then kick into the second MASSIVE act of the #AT40 tour, stay tuned for some PRO stalking and a trip to the holy land.