Obligatory warning on today’s post – Its “a bit bikey” as some non-cycling followers like to say, well, I am sorry, but there are pressing cycling issues to discuss and table in this latest update. I have previously ranted about this topic, but that was when it was afar, aloof and yet to affront me.

If you’re a mountain biker, then there is an extremely high chance that your riding group/posse/team/crew has already been infiltrated by the bastard middle child of wheel sizes: 27.5 inch. Now, this post isn’t about rekindling the wheel debate (if you want to indulge in that, hit Pinkbike, especially the comments sections), but I do want to examine the history and behaviours around it… As well as what happens next.

Yes, for years we had fun on 26 inch wheels, carving single track, racing and never once did we get to the end of a ride and as we threw our steed into the ute did we stop to think “Fuck, that was good, but it would have been a whole lot better if I had bigger wheels”. Then one day, along came the big, and at that time, BAD 29er wheel beasts. Early adopters were pointed at, laughed at and even pushed off on some trails (rightly so), but after Santa Cruz finally started to make 29ers worth riding, the world started to change.

Soon, we had two options – 26 inch for those that like to shred and carve and 29er if you felt like getting your nerd on. There was peace and sweet wheel harmony. It was like a happy marriage and everyone respected each other and understood their place and role in the world. It even appeared that this happy state would continue forever, like a well positioned 69, so we could focus on the real issues like fucked BB standards or rear hub spacing. And then one day, out of blue, like some sort of alien attack that no one ever saw coming, there was a third wheel size on the block.

Not too small, not too big… the 27.5 is in-between. Being in-between is a risky proposition and its usually the place that one can find mediocrity. Was this going to be the best of both worlds or the worst of them? Instantly around the globe, protests broke out against this new bastard middle child that had been dreamed up by some guy called Keith: 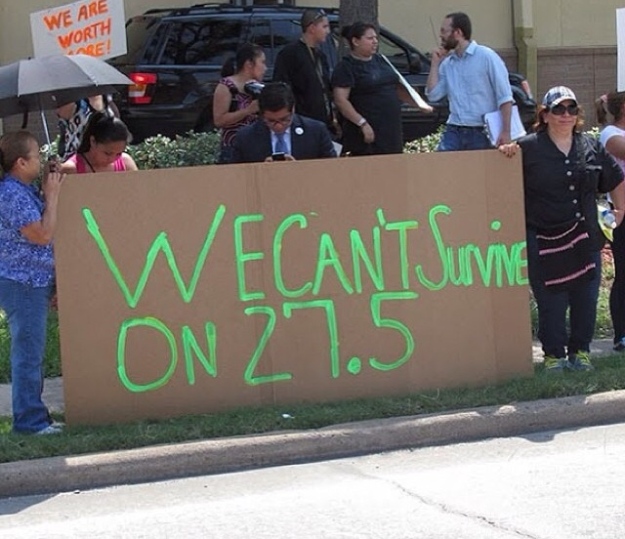 Then two things happened that no one saw coming at all:

This above example happens to belong to our own Das Wolf. Being the consummate early adopter, there was only going to be one person in our community who was going to hit the middle child size first and he has done so in style. It doesn’t get much better than this folks – Carbon Bronson, sublime CCDB Shock, Enve wheels, Pike fork and some odd drivetrain that shall remain nameless, its a stylish and epic piece of kit.

There was no way that the DN was going to miss out on this debut! How did it roll? (no pun intended), well, in a multimedia frenzy, check out the debut here in a 3 minute summary. Guest appearance by the Segment Bear as well, angry, hungry and looking for more kills:

Yes, I am afraid we are back to the boring helmet cam footage, but its better than another 4 paragraphs of words! Not surprisingly, its new owner was stoked with the outcome from its first session in a still very dry Singapore jungle:

Of course, no first ride is ever that smooth, especially if you go down to the woods today with SHAM covering most of your bike. Like a flash back to Trans Provence, we had the mandatory stop mid ride to turn a bike upside down while everyone stares intently in the direction of where we think the problem is, making knowing sounds to pretend that we know what the issue really is:

SOOOOOOOO… What was it like?! Well, I did have a ride and I have to say, I was impressed to be honest. But was I impressed as I noticed a difference due to the wheel size? Er… No. I am not into maths, but I didn’t notice the 3% difference, unlike getting on a 29er. In fact, I didn’t really notice any difference when it came to the wheel size. If there was a wheel size difference, it was overwhelmed and shunned into the background by a combination of how superb the Bronson frame is and also how fucking good those Enve wheels are. Sure, you have to sell a child or a ball sack to get that set up, but its worth it (especially if your kids don’t sleep through the night).

This thing really does pedal WELL and feels extremely lively. Its light, balanced and does encourage you to put the hammer down, whilst behaving as confidently as Scar Jo on the red carpet. No question, its a fucking cool bike and I can see why they have been selling out. Those wizards at Santa Cruz have done something MAD with the linkage and shock placement clearly (fucked if I know what it is), but high 5 for producing a ripping machine. The Wolf has reported that his expectations have been exceeded, which doesn’t happen very often, so worth noting.

Am I rushing on-line to sell my MUCH loved Nomad, surrender my 26 credentials and cast my allegiance to the new alien invaders? No, no and No… In line with yesterdays rant, I can appreciate how cool the NKOTB is, but I don’t feel the need to partake. I am sure that in the next few years we will all have a 27.5 barcode lasered on our MTB foreheads and our memories erased, but for now, I am sticking where my heart is: 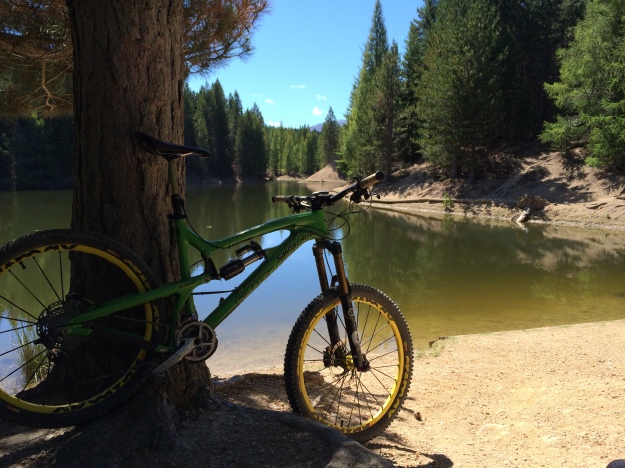 And hoping like fuck that Santa Cruz don’t release a 27.5 Nomad in April… #26aintdead. It may however be slipping into an industry/consumer fever induced coma…